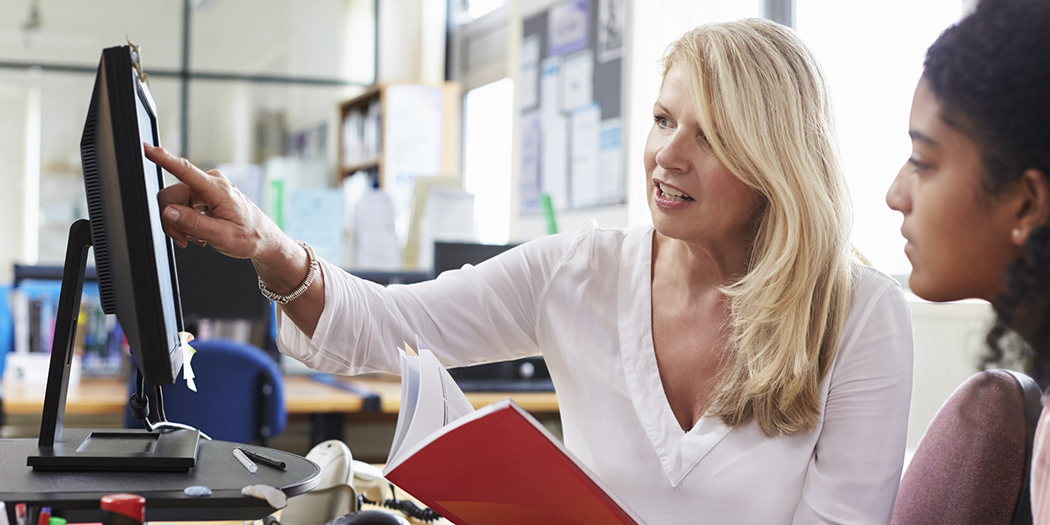 California State University, Fresno, is participating in two major studies of technology-mediated advising reform with CCRC. In the first, it was one of 26 colleges awarded a grant in 2015 to provide students with more holistic and intensive advising by leveraging technology and redesigning advising systems. Fresno State is also one of three colleges participating in a more rigorous randomized controlled trial (RCT) evaluation of advising reforms by CCRC and MDRC. The reforms, sometimes referred to as iPASS (Integrated Planning and Advising for Student Success), are described in a recent report. Ashley Fagundes is a Fresno State advisor and part of the college’s advising redesign leadership team.

Q: Tell me a little bit about the students at Fresno.

A: Fresno is right smack-dab in the middle of California; we are the dead center. We’re surrounded by agriculture. The majority of our students come from the surrounding counties. We have a very, very diverse student population. Fall of 2017, we were just above 25,000 students. Our Hispanic population is almost 50% of the student population; close to 70% are first-generation college students; 62% of our students are Pell-eligible. One of the things I think is really neat about Fresno State is it has a really community, family vibe to it. We really hope to help students feel connected when they come.

Q: What motivated the college to pursue advising reform?

A: At that time, the campus was 22,000, 23,000 students, and we maybe had 10 professional advisors. That’s, like, a ridiculous ratio. We wanted to increase graduation rates and retention rates. They definitely wanted to see if having more advisors would keep students on track. And plus, with technology changing—and now there’s all these digital roadmaps we can create—you need people to be able to promote that and manage that.

Q: What was going on in advising at Fresno before the college began implementing iPASS?

A: Advising at Fresno before the iPASS project was a little mixed. We had the centralized advising office, which at the time was called the Office of Advising Services, that was responsible for GE advising, helping students declare their major, helping students petition courses. In addition, we had some colleges that had their own advising centers—so, for example, our Craig School of Business had professional advisors that worked with all the pre-business students. And faculty were also responsible for advising students in each of the colleges.

In 2015, Fresno State went to a decentralized advising model. So the Office of Advising Services changed its name to the University Advising Center, and then every college introduced its own advising center that houses professional advisors.

Q: Before that change, if I were a student in one of the colleges that didn’t have its own advisors, what was my experience like?

A: Any incoming freshman was required to meet with an advisor their second semester. If their college didn’t have a center, then they all filtered through the Office of Advising Services. Students also have a major declaration hold, so if they’re undeclared, they get a hold at 60 units. And then there’s also a mandatory advising hold for students who have declared a major. They have to see an advisor once they earn 75 units. Essentially, if you got through the second semester advising hold and got that lifted, you didn’t have to see anybody for over another year.

Q: How is it different now for students?

A: The undeclared students are actually assigned to a specific advisor in the University Advising Center, and we work with them. We meet them at new student orientation and work with them until they declare a major. Then, we can do the handoff to the advising center. Declared majors work with their advising center, and usually once they’re about a junior, they start working closely with a faculty advisor as far as looking at internship opportunities, research opportunities, that kind of stuff. With the RCT, we were a lot more intensive. We walked them through everything. And ideally, that’s what we would want to be able to do with all of our students. But we still have some colleges that have 1,000-to-one ratios, so it’s kind of hard to do.

Q: Is there a student who sticks out in your mind who was helped by the more intensive advising that was part of the iPASS RCT study?

A: One particular student was in a major that she didn’t like and wasn’t sure what she wanted to do. She was a business major initially, was not doing well in any of her business courses, was told to do business by family. But ultimately, in the different conversations I had with her—kind of showing her, “you know, look at these classes that you’re struggling in and what lies ahead in the major. These are only the lower division requirements”—it allowed her to see she wasn’t in the right major. She has a passion for wanting to help people and really wants to work in education. I was able to actually refer her to our liberal studies office and connect her with an advisor there so that she could get her major changed and stop taking these business courses that she wasn’t doing well in and she didn’t even enjoy.

Now, would she have come to me without having that hold in place the two semesters that she’s not required to see me? I don’t know. Part of me says no, because students are embarrassed that they’re not doing well, or they just keep trying to think, “I can do it, I can do it.” Or they don’t know what else they want to do, so why come talk to somebody?

Q: Overall, how has the reform made a difference for students?

A: I think, for one, it’s allowed them to actually connect to their advisors. Now, they know that they have someone, and they know what that advisor can do for them. The My Degree Plan tool gives them that visual of how to graduate. They know that they can go to this person if they’re struggling in a class and get referred to tutoring, or talk about dropping the class and how that’s going to affect their outcomes. The study brought students in who normally would not have come in, and they got to connect with an advisor. And because we did it over two semesters, and they saw that same person—it’s not like they were bounced around—they got to actually build a rapport with somebody. I think that that makes a big difference, when students can connect to somebody on campus. It helps them connect with the whole campus and their whole college experience and become more invested in it.

This interview was condensed and edited.