How Will COVID-19 Affect Community College Enrollment? Looking to the Great Recession for Clues 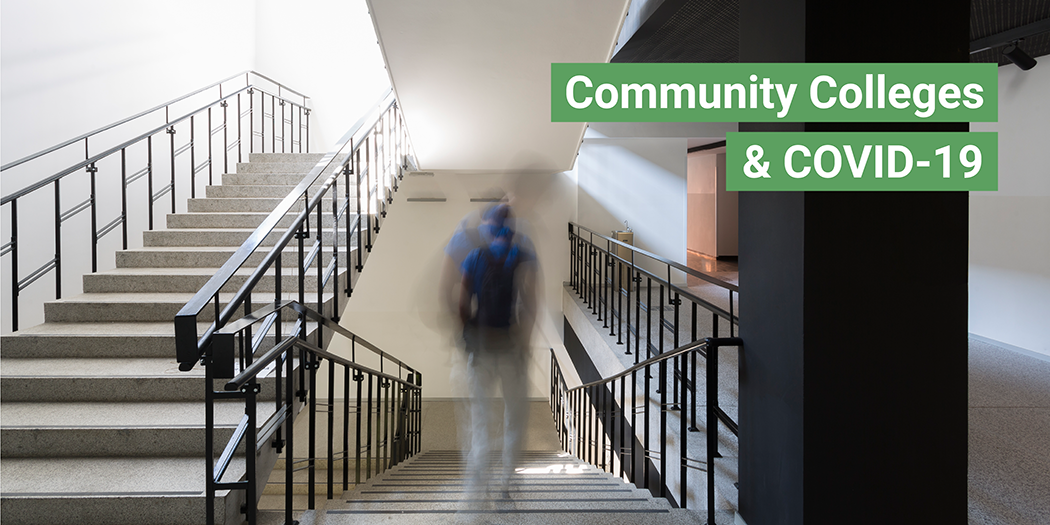 By Davis Jenkins and John Fink

Community colleges are dealing with profound uncertainty as they plan for next fall and beyond in the midst of the COVID-19 pandemic and a shuttered economy. Could the last major disruption affecting community colleges offer some clues to what’s coming? In the wake of the Great Recession, we observed marked changes in community college enrollments by age group that might provide insight into how COVID could affect enrollment. In this blog post, we use IPEDS data on enrollment trends by age and sector (correcting for the mismatch between the IPEDS “public two-year colleges” designation and community colleges as they are defined by state policymakers and colleges themselves) to unpack these trends and discuss how community colleges can strategically react to enrollment shifts for different segments of their student population.

During the previous recession, older student enrollment spiked at community colleges before declining. Might we expect the same in the next couple of years?

In response to the Great Recession, persons aged 25 and over flocked to community colleges but then returned to the labor force when the economy started improving. This countercyclical community college enrollment trend among adults is typical of past recessions, as unemployed workers return to colleges for training to position themselves for a better job when the economy recovers. The magnitude of unemployment during the pandemic is already much greater than it was during the Great Recession, which would seem to suggest that there will be substantial numbers of unemployed adults who may seek out further education at a local community college. Yet after 2009, community colleges received extra funding for workforce training for adults through the $2 billion TAACCCT program. And although AACC has proposed doing so, so far Congress has not yet enacted similar funding to respond to the COVID crisis.

It is also important to note that in recent years, adult enrollment in community colleges has declined to the lowest levels in over two decades. Strong labor markets offer one explanation for this. But adults without college degrees or training have also been increasingly relegated to contingent, low-wage jobs, and it has been increasingly difficult for such individuals to find the time and resources needed to attend college—and that was before COVID. These challenges are likely to persist if not intensify in the wake of COVID, raising questions as to whether adult students will come rushing back to community colleges. Colleges will likely need to ensure that they offer programs tailored to help adult students facing intense income pressures and family responsibilities to secure stable employment in the near term and advance to better jobs when the economy begins to recover.

Will the prospect of a more affordable bachelor’s degree via transfer draw more 18- to 24-year-old students to community colleges from four-year institutions?

At the start of the Great Recession in 2008, community college enrollment among 18- to 24-year-olds continued to trend upward. It then leveled off between 2009 and 2011 and declined thereafter. Meanwhile, enrollment among 18- to 24-year-olds at public four-year institutions has been on an upward trajectory since 1997, and that trend was little affected by the Great Recession. Enrollment in both sectors may have been aided by the stimulus package passed in 2009, which increased funding for Pell Grants and thus supported more students during the years immediately following the recession.

But COVID is causing much more disruption to the delivery of college education—most immediately by forcing students to take classes away from campus—than the Great Recession did. There is speculation that if online instruction continues in the fall, some university or university-bound students may take courses at their local community college instead. However, any switch by four-year students to cheaper community college courses will likely be temporary. Over the longer term, community colleges should take heed of the post–Great Recession trend, when they lost enrollment share among 18- to 24-year-old students to public four-year colleges.

Still, the potential temporary shift among four-year students to their local community colleges presents community colleges with an opportunity to highlight their role as providers of an affordable route to bachelor’s degrees via upward transfer. Community colleges can capitalize on this opportunity by redoubling efforts to create more seamless transfer pathways, and in doing so, also draw in more 18- to 24-year-old students immediately out of high school.

The growth in the community college population of high school dual enrollment students shows no signs of stopping. How can states maintain the momentum?

Enrollment by students aged 17 and younger in community colleges (most of whom we presume are dually enrolled high school students) has continued its strong upward trend since at least the early 2000s, and although enrollment leveled off for a short time after Great Recession, it continued its sharp increase thereafter. We suspect that the COVID economic shock will increase interest in community college dual enrollment by high school students. This may be particularly true in places where state governments, rather than families, pay all or most of the costs, since a growing number of families see dual enrollment as an excellent way for their children to get a low-cost jump on college. Again, this applies mainly to states that subsidize dual enrollment, though it could change if state budgets limit funding for the programs.

All of the past trends we describe vary by state. The tool below allows you to look at enrollment trends in your state—adjusting the IPEDS data so that all public institutions that primarily grant associate degrees and certificates are considered community colleges—and hopefully provides some insight into what could happen in the coming months.