By John Fink and Davis Jenkins

A recent Brookings Institution blog post on tuition-free college noted that, of all the states, Florida, Nevada, and Washington had the lowest proportion of their college-age populations enrolled at community colleges. Policymakers in those states who read the piece may have scratched their heads over why the estimates placed their states so low relative to others.

The problem is that this and many other studies use data that rely on a definition of “public two-year” colleges from the federal Integrated Postsecondary Education Data System (IPEDS), which is a set of interrelated surveys conducted annually by the National Center for Education Statistics. IPEDS gathers information from all postsecondary institutions participating in federal student financial aid programs, but the IPEDS definition no longer matches with the community college sector. 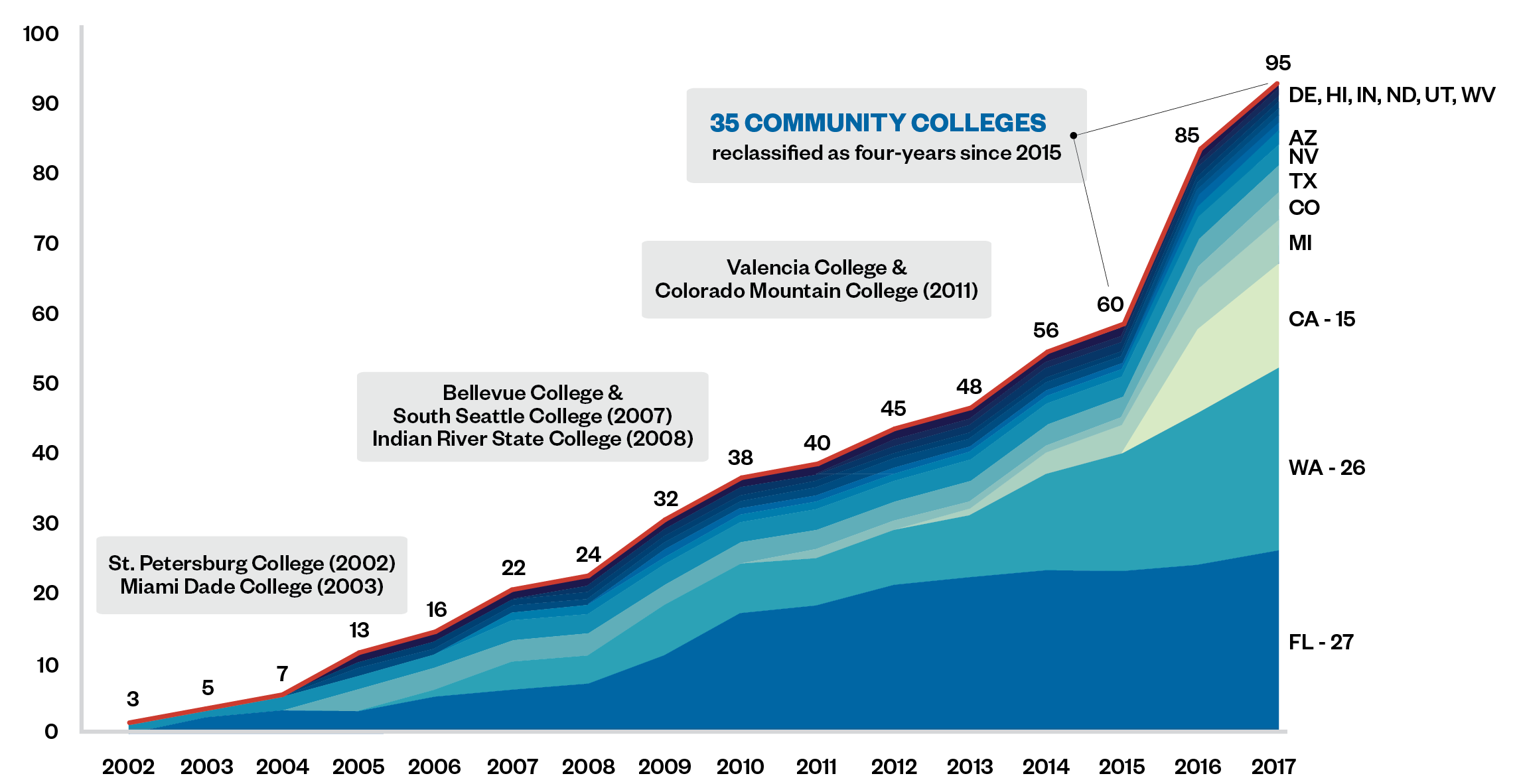 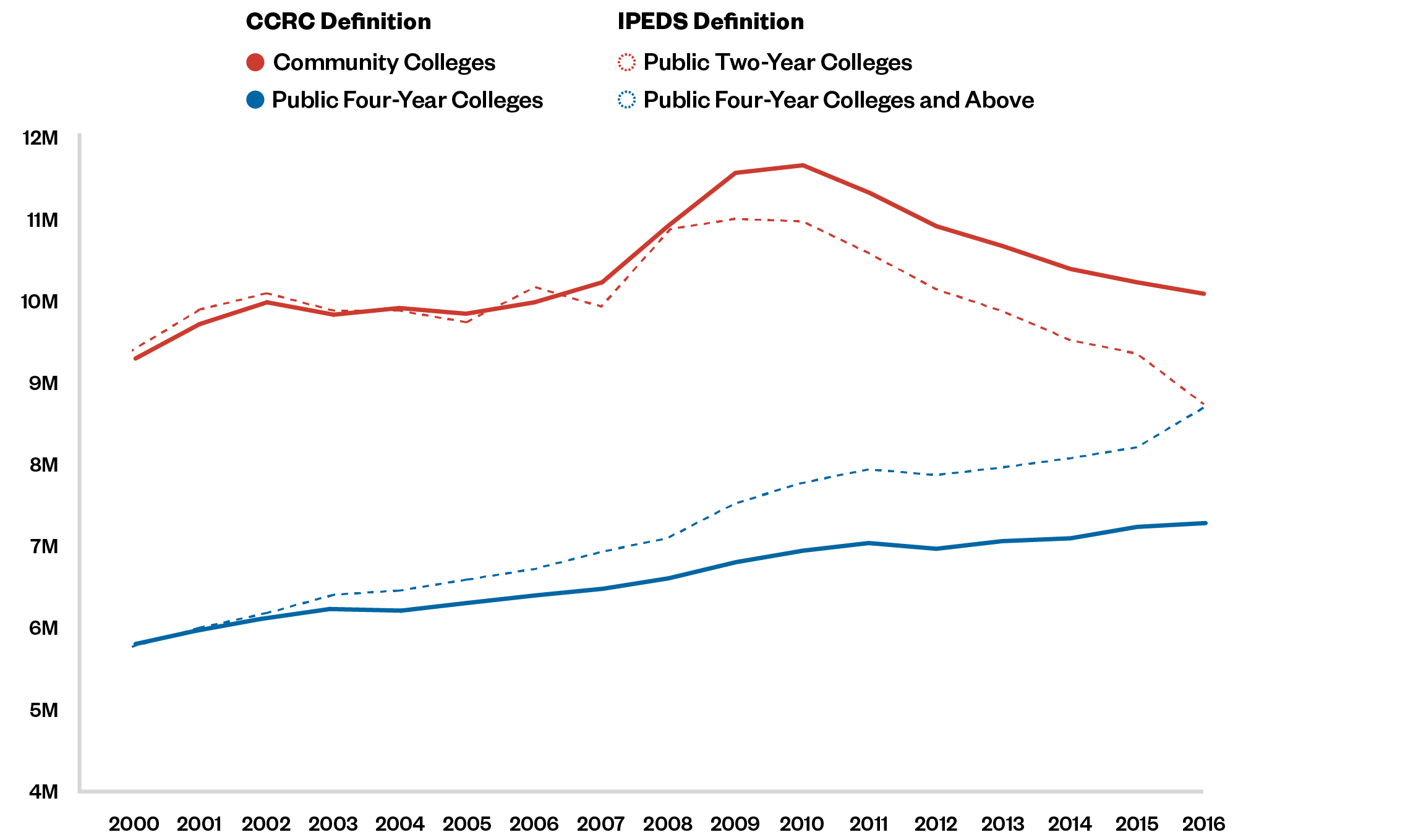 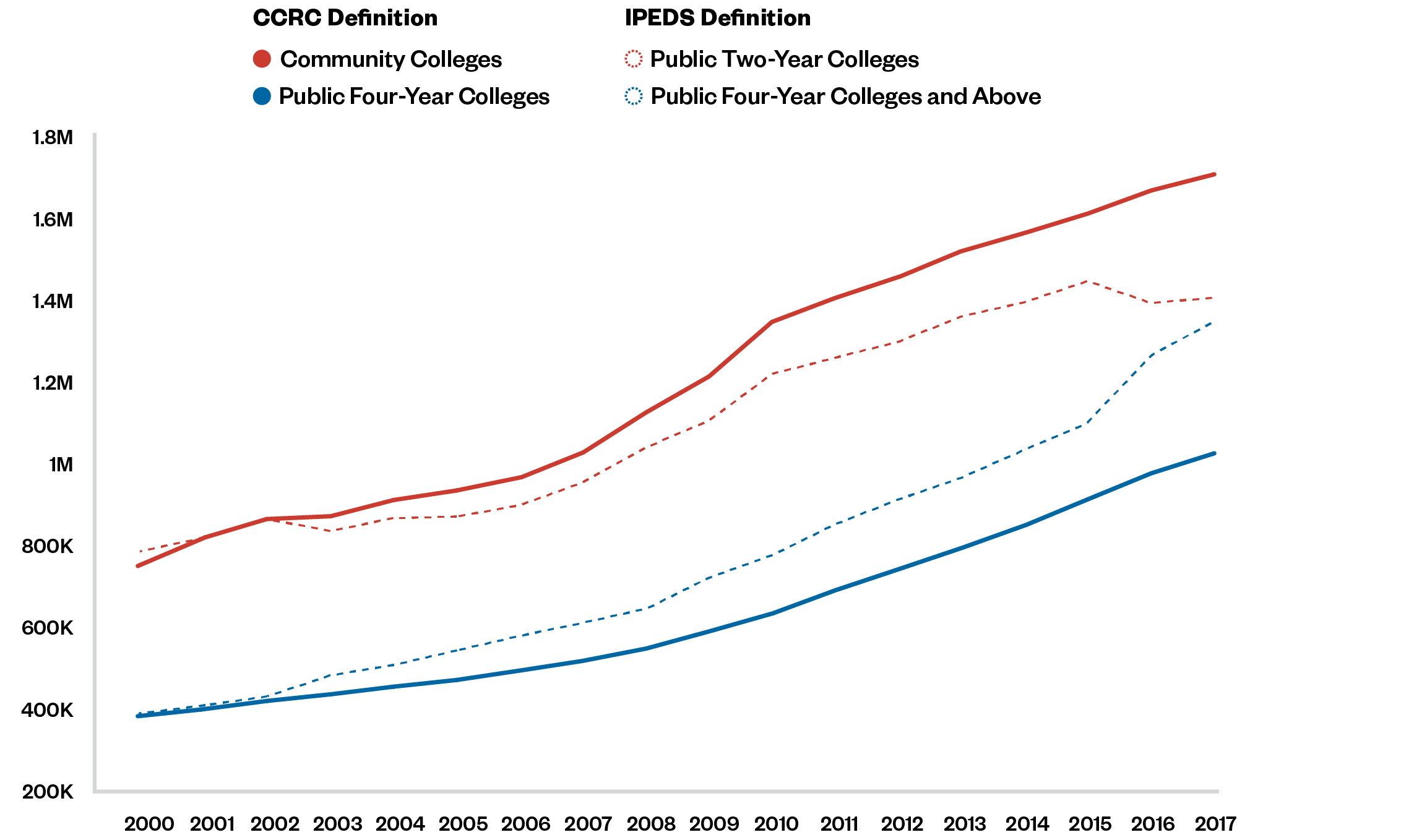 Why does this matter? Because community colleges play a vital role in U.S. higher education and society, it is important that policy research provide an accurate statistical picture of these institutions. The longstanding proxy for the community college sector—public two-year colleges—is increasingly inaccurate; researchers and policymakers should thus be careful to use data about the community college sector that precisely reflects what they mean. This is complicated enormously by the ubiquity of the IPEDS sector definition (e.g., it is a primary disaggregation used for illustrating long-term trends in the Digest of Education Statistics) and the lack of an alternative for identifying the community college sector in national datasets.

In CCRC’s research, we are now defining community colleges as public postsecondary institutions that are funded primarily by state and local sources and that offer mainly sub-baccalaureate (but also, in some cases, baccalaureate) education and training in a broad range of fields to meet community education and workforce needs. This is the definition that state and local policymakers and the colleges themselves tend to use, and it is similar to what AACC uses in creating its count of “public community colleges” in its popular Fast Facts flyer. Below is a state-by-state listing of the institutions we identify as state-supported community colleges, based on reviews of state higher education agency directories and community college association membership listings.