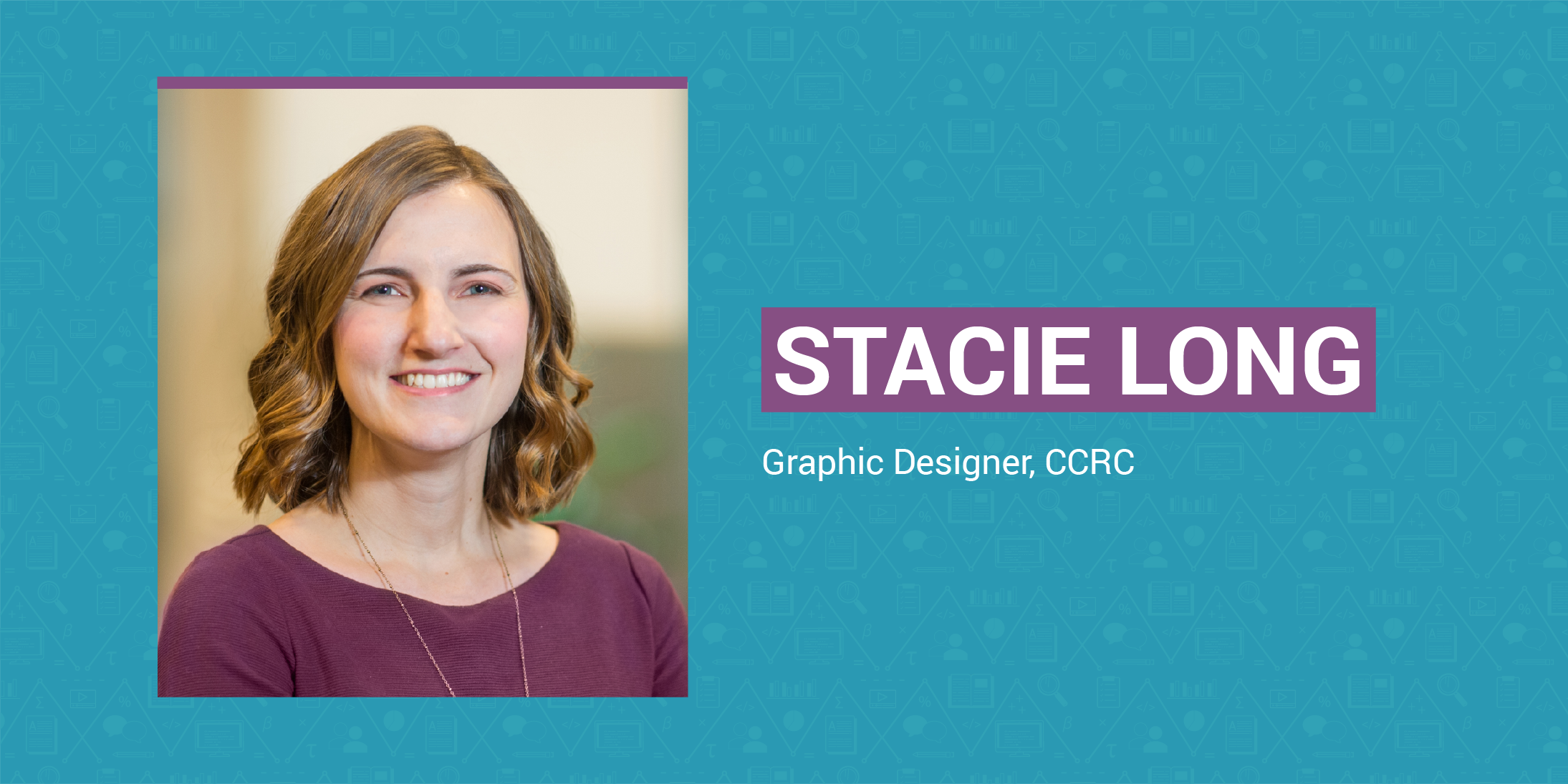 From Disney’s iconic, whimsical font to the Salvation Army’s eye-catching red buckets, brands and organizations signal all sorts of things about who they are and what they stand for through visual cues. And at CCRC, using elements like graphics, colors, and typography to distill complicated information into digestible and useful nuggets is Stacie Long’s specialty.

Long, who has been CCRC’s designer since 2017, touches nearly every publication, presentation, and website element produced by the center and is responsible for their makeovers from text-heavy Word documents to readable reports. She sources images, crafts infographics, and streamlines style for consistency, all while maintaining the rigor of the work. But the bold typography and pops of color that dot CCRC’s publications don’t just make the reports look pretty. They help convey meaning while supporting the broader goal of making the research approachable and impactful.

“You’re trying to convey really complex findings or complicated data in an easy, digestible way,” Long said. “It’s the balance of making something that’s aesthetically pleasing but that’s also accessible and comprehensible for the audience. … We don’t want to scare you away from the get-go.”

Designing publications for a research center is different from doing so for a company or personal client, Long said, because the information is typically far more nuanced and scientific. Not only that, but CCRC’s diverse audience—which includes academics, community college practitioners, and policymakers—approaches the work with vastly different amounts of contextual knowledge, and the design has to work for everyone. As a result, Long has to thread the needle between ensuring she’s retaining technical accuracy without relying on intimidating blocks of text that more casual readers will gloss over.

“We try to find the right level of detail to go into and the right level of ornamentation that makes it visually pleasing but isn’t complicating things or making things too busy,” Long said. “[But] you don’t want it to be too bare-bones. You want to be smart about, ‘what is the very core point that we’re trying to make here, and what’s the most efficient way to present that visually?’”

Long’s design career started somewhat accidentally while she worked at a higher education nonprofit after college. She was given the chance to lay out a column of the organization’s magazine, which inspired her to take a two-day Adobe InDesign course. Soon, she was designing the nonprofit’s catalog, ads, and annual report, while devouring books about best practices and theories and developing her individual aesthetic. 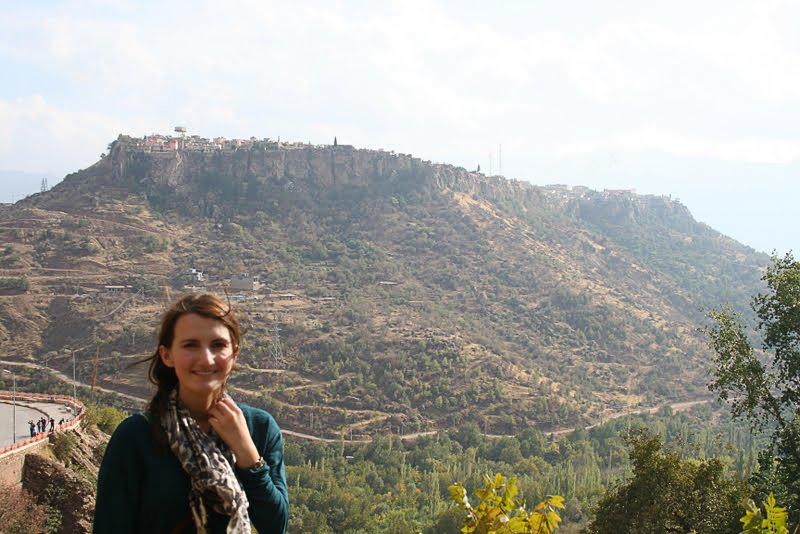 Stacie Long on the outskirts of Amedi in Iraqi Kurdistan

Long doesn’t just bring her creative background to CCRC. She’s also deeply familiar with some of the center’s research areas, having taught English as a second language courses at a community college in Prince George’s County in Maryland; a nonprofit in Washington, DC; and a private American university in Iraq. These classroom experiences influence Long’s approach to her work at CCRC because she’s able to think through the information not only as a designer but also as a practitioner.

“I’ve considered these issues from a number of perspectives,” Long said. “Now I’m considering them from a design perspective, but I’ve also [thought about them] from an editorial perspective, and from the perspective of a staff or faculty member. So I do think that I have a unique point of view on some of these things.”

Moving forward, Long said she’d like to create more animated videos for CCRC following the success of the gif she made to explain the multiple measures algorithm for the Center for the Analysis of Postsecondary Readiness. She also hopes to integrate interactive storytelling elements to make the research more approachable online and use social media to convey complex findings in a visual way that may not fit within the confines of a printed report.

“Stacie is exactly the kind of designer CCRC needed to take our work to the next level, and the look of our publications and website has dramatically improved since she joined the team,” Mazzariello said. “She has a keen artistic eye, of course, but she also has a real talent for conveying complex ideas with clarity and helping tell the story of the research.”