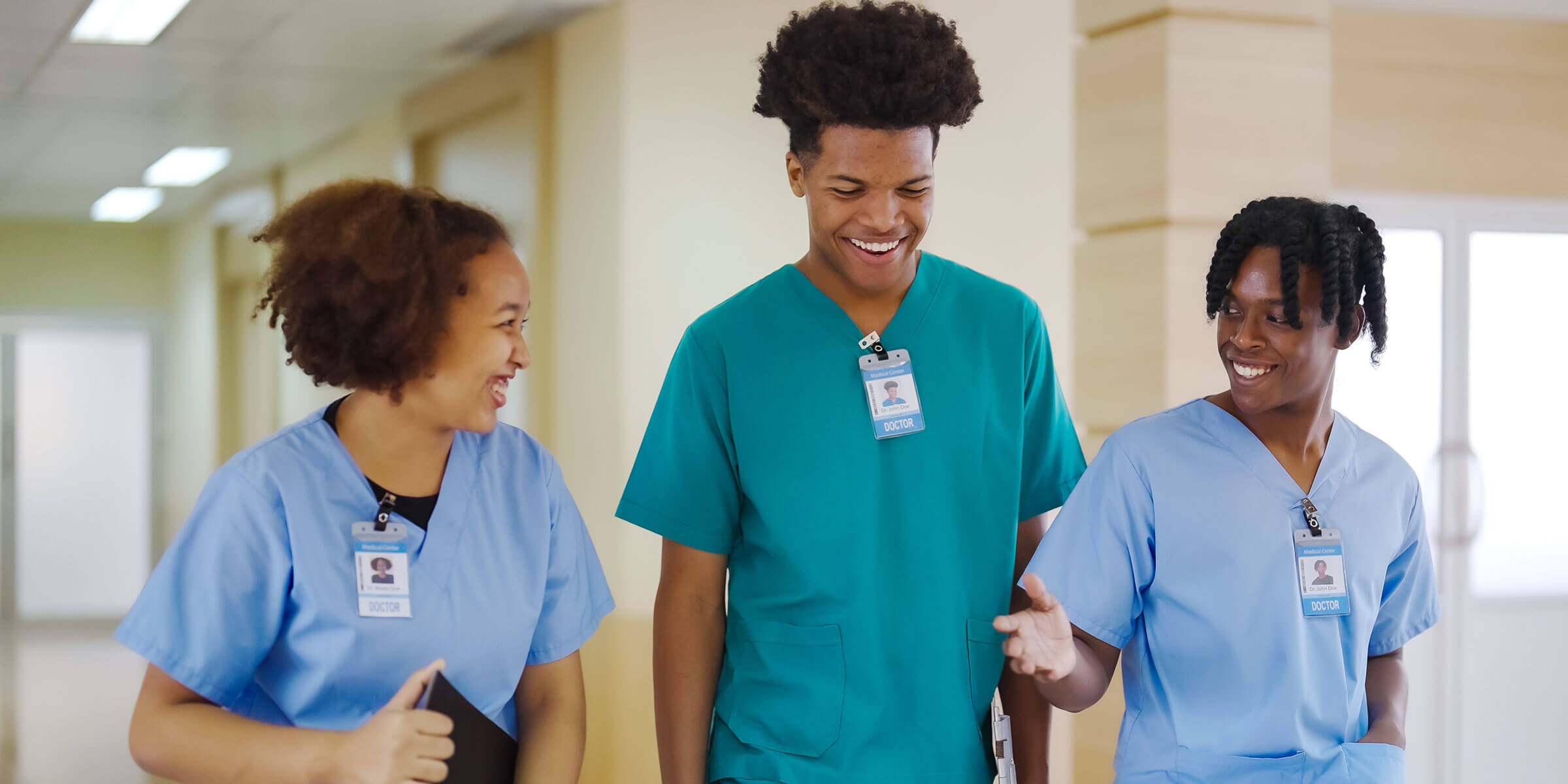 Across the country, nursing programs yield some of the strongest earning and employment prospects of all community college programs. Students with an associate degree in nursing can earn more than $60,000 annually just two years after graduation.

Many students enter community college planning to pursue nursing, but only a minority are admitted to nursing programs. Just as nursing programs are among the most remunerative at community colleges, they are also among the most competitive and selective programs, accepting only a small percentage of applicants. Further, men and students of color are often underrepresented in nursing programs even though the pandemic underscored the need for health care providers who represent the communities they serve.

To diversify its program while improving the success of its graduates, the nursing program at South Puget Sound Community College (SPSCC) decided to change its approach to admissions. The change began in 2013 when the college took a deeper look at the admission process for the SPSCC associate in nursing program and found that more than 94% of those accepted were White and approximately 90% were female, which did not align with the population of the community.

Like most competitive nursing programs, admission was based on college GPA and ACT/SAT scores, ranking students based on the highest scores achieved. The evidence indicated that the measures we were using did not accurately predict who would do well on the licensing exam. Students could take courses over and over to get a higher GPA, but they still could not pass the National Council Licensure Examination (NCLEX) at high rates.

Faculty, with the support of the executive team at SPSCC, decided something needed to change. The data indicated that GPA and/or ACT/SAT scores were not as good a measure of success in the program as having a B+ or better in foundational science courses, like Human Anatomy & Physiology, and a B or better in other key courses such as Microbiology, Chemistry, English Composition, Statistics, and Lifespan Psychology. Students who did well in these courses had a better opportunity for success and a higher NCLEX pass rate than students that had higher GPA and/or ACT/SAT scores but had taken foundational courses multiple times to get a higher grade.

The shift to admission criteria based on course grades occurred with the admitted cohort of 2014 and led to huge increases in diversity and student success. In that first year, more than 18% of students admitted were students of color, and more than 15% were men. NCLEX pass rates also rose until they reached 90%, well above the national levels. Among students admitted for the 2021 graduation cohort, 47% were students of color and 21% of students identified as male. This cohort’s NCLEX pass rate was 87% for the first attempt and 97% when including second attempts within 90 days. That is well above the national pass rate of 79% in the midst of the COVID pandemic.

Even with all the challenges facing students, the SPSCC nursing program continues to graduate diverse classes of new nurses that are closer to matching the communities they serve. Faculty and administration continue to review the admissions process, looking for any other barriers that might keep students from being able to reach every dream that they have.

Marriya Wright is the dean of allied health and nursing at South Puget Sound Community College.

Marriya Wright is the dean of allied health and nursing at South Puget Sound Community College.