The Robots Aren’t Coming: Paul Osterman on the Future of Work 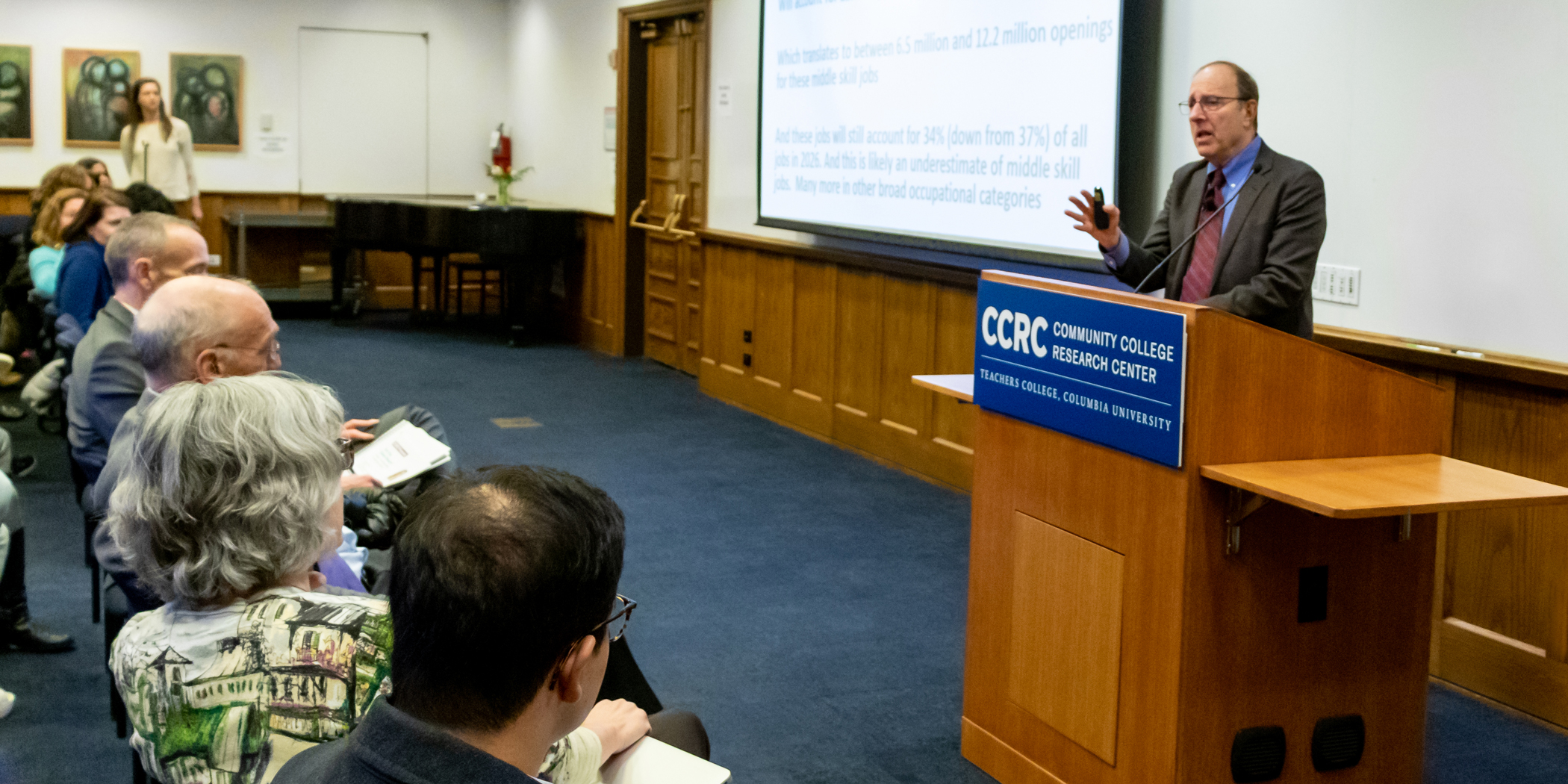 MIT’s Task Force on the Work of the Future keeps a running list of other task forces on the future of work.

“It’s a long, long, long list of people who are worried about this,” said Paul Osterman, a member of the task force and a professor of Human Resources and Management at the MIT Sloan School of Management.

Nevertheless, Osterman thinks the fear that robots will take most of our jobs is overblown, he said in a February 28 talk at Teachers College organized by CCRC. Scholars and government commissions have been trumpeting the robot disruption for decades, including in a 1964 report predicting dire consequences from the “cybernation revolution.”

“The question is, is that the future? And the answer is, that’s not the future,” Osterman said.

For some, technology is a complement to their work and makes them more efficient. Other jobs are eliminated by technology, and still others evolve. But technology is not the only process affecting how jobs get re-structured. Politics and power also influence how work is organized, Osterman argued, and therefore the right policies and business practices can move us toward a labor market that works better for low-wage workers.

Raising minimum wages, strengthening unions, and enforcing existing regulations can improve the living standards of low-wage workers. And firms can also take the “high road” by emphasizing workforce development and the creation of more high-quality jobs. In addition, despite skepticism about a skills and training strategy, Osterman argued it could be fundamental to improving the quality of middle-range jobs in an economy and lessening inequality.

None of these are silver bullets. For one, both government and employers have been putting less money into training. But a new focus on training for middle-skills jobs in fields such as health care, office work, and construction—where there will be a wave of baby-boomer retirements—could be part of the solution. And much of that training is likely to be done at community colleges, given their scale compared to other centers of job training, Osterman said.

“They’re huge,” he said. “They’re the major training operation in America.” For more of Osterman’s take on the future of work, watch the video below.