Moving Beyond Semester vs. Quarter System 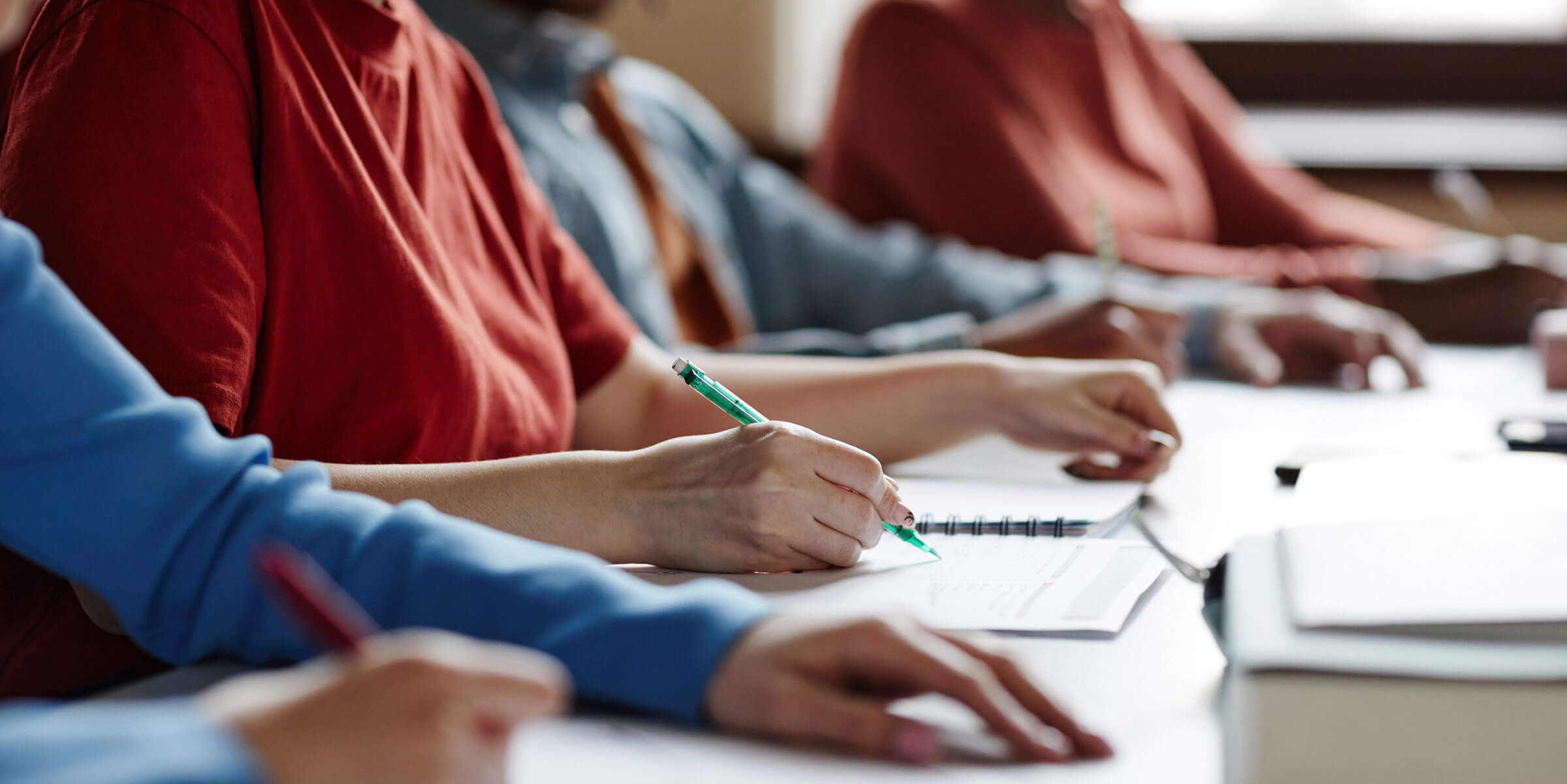 It’s the middle of June, and I’m cramming for finals in the library while friends at other schools enjoy an early start to summer vacation, incessantly uploading pictures of themselves at the beach.

Why? The quarter system.

In the quarter system, the academic calendar is broken down into three ten-week terms as opposed to the traditional two 15-week semesters. The academic year starts in September and ends in June. Students generally take four classes per quarter through all four years of college, with breaks at the end of every quarter. Though I complained about how late the system kept me in school, it was only when college administrators at CCRC’s Guided Pathways Summer Institute—which I participated in as a CCRC intern—raised questions about the system that I began to examine it from a critical perspective.

The quarter system allows students to take more courses than they can take in a semester system. By taking 12 classes a year (4 courses x 3 quarters) instead of the usual 10 (5 courses x 2 semesters), full-time students are exposed to eight extra classes during their undergraduate years. Operating under such a flexible system has major benefits: Students are able to explore a variety of disciplines to help them pick a field of interest, engage in interdisciplinary study, and add a minor, another major, or both. If a student does not perform well in a particular class, it is easier to take the class again. And if a student needs to take a term off from school, the student misses a third of the year instead of half in the semester system, minimizing the disruption to the school year.

Some community colleges are implementing a variation on the quarter system that gives students many of the advantages of short terms without putting them out of sync with the semester systems of most of their partner four-year schools. They are breaking 15-week semesters in half and allowing students to take two intensive courses in each short seven- or eight-week mini-semester (many colleges continue to offer some courses for the full semester). This not only enables colleges to offer shorter terms without drastically changing the academic calendar but also allows students to lock in credits faster.

In the Guided Pathways Summer Institute, CCRC researchers stressed that college administrators need to take the lives students lead outside of school into account when scheduling classes. Twenty-nine percent of community college students are parents, and two thirds of community college students are employed. In the RISC Survey, participants reported work as the biggest challenge to attending community college. Family obligations and work schedules often conflict with class times, which prevents students from attending college. By offering classes more than twice a year, as is done in the semester system, colleges can increase the number of opportunities students have to enroll in a class of their choosing.

Many community colleges reuse class schedules from previous years, leading to a lack of innovation when crafting schedules. Among the multiple issues community college students face—health concerns, family obligations, economic challenges—class scheduling is one that is directly under the control of community colleges. This provides administrators with an opportunity to make students’ lives easier and keep more of them on track to a degree or other credential by taking a creative, holistic approach to scheduling.

Trident Technical College is the rare college that has experience with all three systems. It abandoned the quarter system in favor of the semester system in 1992. After course pass rates fell from 77% in 1991 to an all-time low of 62% in 2014, the college’s president concluded that “the shorter the term, the more successful the student.” In response, the president introduced seven-week compressed mini-semesters in 2014.

Some observers argue that shorter classes offer the possibility of greater focus: Instead of taking four or five classes, students only take two classes for a greater number of hours per week. The intensity of the class can allow students to focus their attention, facilitate greater connections between students, and encourage more discussion. In Inside Higher Ed, Matt Reed, vice president for academic affairs at Brookdale Community College, said a two-course schedule can also make it much easier for student parents to be successful in college: “Two jobs plus one kid plus five classes equals eight things to manage. Two jobs plus one kid plus two classes equals five things to manage. Five things are easier than eight things.” Furthermore, taking two classes in the mini-semester system allows students to maintain their status as a full-time student and keep their financial aid intact.

Laurie Fladd, director of holistic student support at Achieving the Dream (ATD), also points out that when the pandemic hit, students at colleges with the mini-semester system had almost completed the first mini-term of the spring semester. “So, even if the students couldn’t continue for some reason, they didn’t lose everything,” Fladd told Diverse: Issues in Higher Education. With even shorter terms than in the quarter system, these mini-semesters can reduce the damage done when life gets in the way.

By creating schedules that make it less disruptive to take a break from school and easier to return, colleges advance students toward degree completion. Four years after implementing eight-week semesters, Amarillo College saw its full-time enrollment rise from 36% to 46%. Graduation rates at Trident Technical College improved by 8%, and withdrawal rates fell from 15.8% to 9.4%.

Though the statistics are promising, switching to mini-semesters may not be a one-size-fits-all solution. Instead of asking which system is better, college administrators need to ask what system works best for their students. As Dr. Fladd puts it, colleges need a strong “why.”

Texas’s Odessa College found its “why” in the oil and gas industries. The college found its retention rates dwindling when students left school to join the workforce. To accommodate these students, Odessa introduced eight-week mini-semesters that allowed students to complete their work in half the time, thus freeing up their schedule to work. No matter when a student decides to enroll in college, the next registration period is never more than eight weeks away, as opposed to the 16-week wait in semester systems, which can result in students losing momentum for degree completion.

If introducing mini-semesters seems like the right fit for your institution, ATD has put together a comprehensive guidebook that outlines strategies to help colleges implement shorter, more flexible terms. It is worth noting that there is still much discussion ongoing about the topic: colleges considering a change in their academic schedules must conduct additional research to confirm if a change in the academic calendar is in their students’ best interests.

Hamnah N. Malik, a student at Northwestern University, was a research intern at CCRC.

Hamnah Malik was a research intern at CCRC.