Three Colleges and a Pandemic: One Student's Road to a Bachelor's Degree 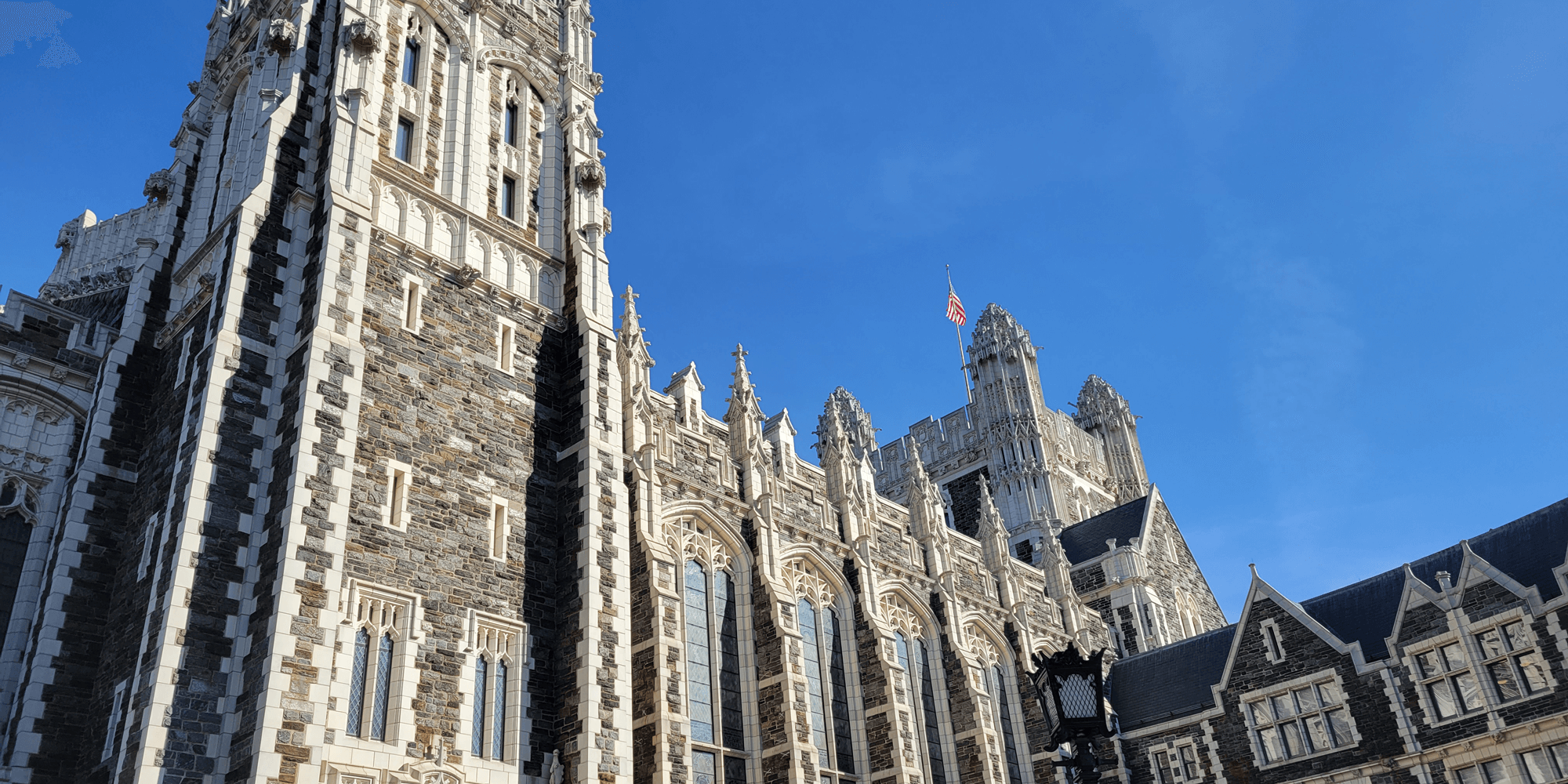 Nabiha Sheikh knew that she wanted to attend John Jay College of Criminal Justice in New York City, but it took a journey with many twists and turns to get there. As one of the top criminal justice schools in the country, John Jay would allow her to learn from police officers turned teachers and to gain their insights into the field.

Born and raised in Pakistan, Sheikh moved with her family to Texas when she finished high school. Because she didn't have an SAT or ACT score, she wasn’t able to apply directly to a four-year college, so she decided to start her journey at Lone Star College in Houston.

Starting at Lone Star, a community college that enrolls about 80,000 students across seven campuses, meant that Sheikh had to confront many of the common obstacles that transfer students run into as they move between campuses and programs, including inconsistent advising and the loss of credits. And Sheikh, a summer intern at CCRC, faced the additional obstacle of transferring during the COVID-19 pandemic, which led her to transfer twice to avoid attending in-person classes.

A first-generation student, Sheikh said that her family wasn’t always able to help. But Lone Star provided her with the resources she needed.

“I learned a lot more in my community college when it came to just generally getting the hang of the system,” Sheikh said. “Having supportive people, advisors, and teachers I do think made the whole process so smooth.”

When she arrived at Lone Star, Sheikh got an early lesson in the importance of effective advising for planning her college journey. Although meeting with an advisor twice a semester was scheduled into her program, it was a professor that helped her find her way into the college’s honors program. Once in the honors program, she found that advising was significantly more accessible. There she had access to two advisors who were available to have unscheduled meetings and respond to emails. This support combined with well-defined programs enabled her to reach her goal of graduating a semester early in fall 2020 with her associate of science.

“I very much owe a lot of whatever I have achieved to this point to my community college rather than my high school,” Sheikh said.

Her first semester out of community college was at Penn State World Campus, the online campus of Pennsylvania State University. At the height of the pandemic, she felt uncomfortable with the hybrid classes offered at colleges in Texas and at John Jay and opted to learn completely virtually. Penn State provided an advisor who made sure all her credits transferred over from Lone Star. Having a college advisor who knew her story and consistently checked in on her was a highlight of this college. It gave her the comfort of knowing she could ask any question without worrying about taking up too much of their time.

Though Sheikh was able to transfer more than once, the process wasn’t always smooth. When she moved to Queens, she was finally able to transfer to John Jay College in fall 2021. But when she arrived, she found that not all her credits transferred and that most of them counted as electives rather than as program requirements. This credit issue not only delayed her graduation but forced her to retake courses she had already taken.

“You're robbing the students of their time and effort and also their resources,” Sheikh said.

These issues were amplified by the lack of consistent advising at the college. She found that different advisors gave her different advice on the steps to graduation—everything from qualifying for in-state tuition to submitting vaccination paperwork and understanding how she could graduate a semester early.

CCRC Senior Research Associate John Fink, who studies transfer issues, said in an interview that after the onset of the COVID-19 pandemic, when community college enrollment dropped almost 15% across the country, it’s become critical for colleges and universities to prioritize the success of transfer students to bring enrollment numbers up. Even though fewer students are enrolling at community colleges, Fink said that colleges are still struggling to fully support the students who do enroll and intend to transfer. For instance, for every 100 students who enter community colleges, only about 31 transfer to a four-year college within six years and 14 earn a bachelor’s degree.

Community colleges and four-year colleges can help students transfer successfully by prioritizing them, creating clear programmatic pathways, and having tailored transfer-student advising. If colleges address some of the barriers facing transfer students—including accepting more of their credits and making it easier to predict which credits will transfer—and create a welcoming environment through programs like peer support initiatives, it can lead to a positive impact on student success. Unfortunately, colleges are often underfunded and understaffed, making it difficult to give transfer students the attention and resources they need.

“Our transfer system was ineffective and inequitable before the pandemic and now is even further in a state of disrepair,” Fink said. “With enrollment down at most community colleges and many universities, college leaders now have even greater incentive to invest in attracting and retaining transfer students.”

As a first-generation transfer student like Sheikh, I also found that advisors were critical to my success in college. The support and advice you can get from advisors not only helps academically, but they can also encourage you to explore new interests through activities on your college campus. At Kingsborough Community College, the advisors focused on making sure I was on track to graduate. And at The City College of New York, where I transferred, the advisors in the humanities department helped me plan for the future. The advisors were easy to email, took walk-in appointments, and helped me understand exactly what I needed to do to graduate on time. And they helped me make credits that transferred in as electives count as requirements for my major and minor, saving me not only time but money. If it wasn’t for the help of the advisors, I would have had to make up at least nine credits' worth of classes I already took at my previous college. They also provided me with information about departmental scholarship opportunities and other resources when I needed them.

Sheikh said the transfer process could be improved by having assigned advisors and clearer information on the college website. This would have been especially helpful during the pandemic when in-person advising wasn’t available. As a full-time student who also worked full time, Sheikh found that she had limited time to meet with advisors. While this has been a problem for many students during the pandemic, it started long before. As of 2018, nationally about half of transfer-intending community college students reported never using transfer advising services. With tight work and class schedules, it can be difficult to add optional advising meetings to the mix. The easy availability of information and resources online can help students independently find their path to graduate while maintaining their jobs.

Sheikh is currently a senior at John Jay College of Criminal Justice working toward a bachelor’s in criminal justice. She is looking forward to attending law school and eventually working with teenagers in the prison system. Although it has been a difficult journey spanning three colleges, she is on her way to reaching her goal, making the long journey worth it.

Anjanay Spence graduated in spring 2022 from The City College of New York and was a summer intern at CCRC through the CUNY Career Launch program.

Anjanay Spence was an intern on CCRC’s communications team for the summer of 2022.