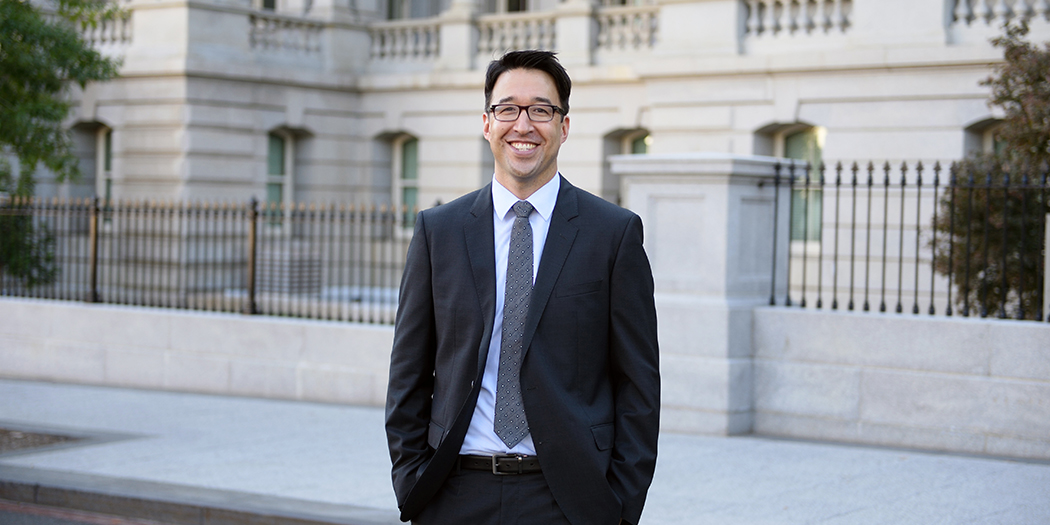 CCRC Senior Research Fellow Jordan Matsudaira may not have shot hoops at 1600 Pennsylvania Avenue, but during his three years in the Obama White House, he did get to know the man in the Oval Office.

“We never played basketball or golfed together or anything like that, but I attended meetings fairly regularly with President Obama, especially on major domestic policy projects,” Matsudaira said. “Usually, once you get toward the end of the project and it's something that the president is involved in, there's some kind of final decision meeting.”

As senior, and then chief, economist on President Obama’s Council of Economic Advisers (CEA) from 2013 to 2015, Matsudaira was a leader of what amounts to the administration's in-house think tank. He and his colleagues served as a sounding board for new policy ideas and mined academic literature to assess the potential impacts of various policy proposals. 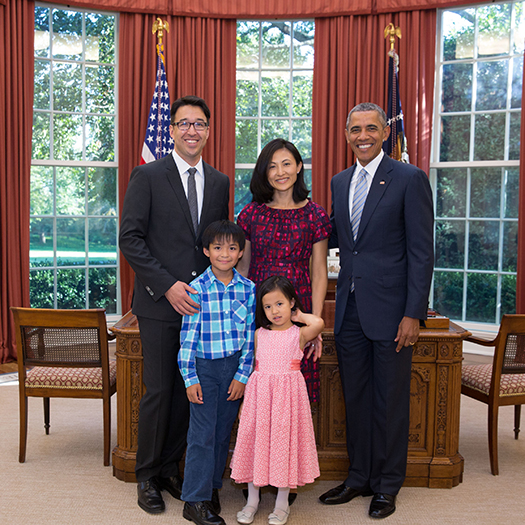 Jordan Matsudaira, his family, and President Barack Obama in the Oval Office

At CEA, Matsudaira worked on several public-facing projects, including the simplification of the financial aid process, which now allows families to compare financial aid packages from different institutions earlier in the college search. He also led the development of the College Scorecard, a treasure trove of institution-specific data on student outcomes like post-graduation salary and average debt.

And yet, despite all the progress Matsudaira said CEA was able to make during his tenure, he sometimes found himself searching for academic evidence that simply did not exist.

"In a lot of settings, it felt like the research base to really guide a lot of the important policy decisions was underdeveloped,” said Matsudaira, who joined CCRC and the Teachers College faculty in August 2018. “A lot of the work that I’m doing now is motivated by filling in the gaps in areas where I felt like there wasn't really clear guidance coming from the literature about how policy should be crafted.”

Matsudaira’s research focuses on how labor and education policies and programs affect the upward mobility of low-income Americans. He is currently studying the effects of different types of grant aid on student success and how factors outside of college impact students' academic and labor market outcomes, among other topics. He’s also helping develop infrastructure so researchers and state officials can better use administrative data to produce evidence and information to guide decision-making—especially around improving higher education and job training programs.

Prior to his arrival at Teachers College, Matsudaira was an assistant professor at Cornell University, a visiting professor at Princeton University, and a postdoctoral fellow at the University of California, Berkeley. In addition to his work at CCRC, he teaches courses on subjects including applied econometrics at TC. 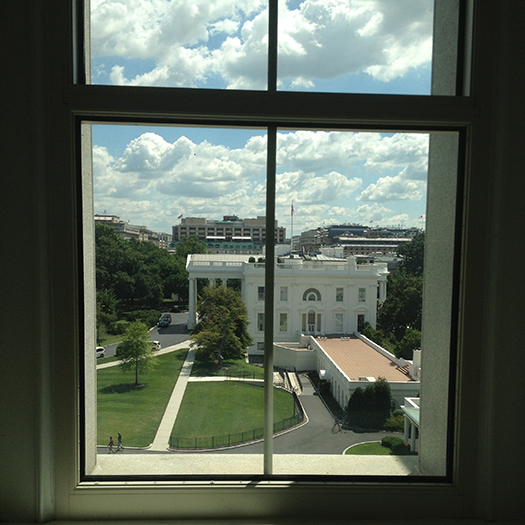 The view of the White House from Jordan Matsudaira's desk

The scope and depth of Matsudaira’s work makes him a valuable addition to the CCRC team, CCRC Senior Research Scholar Judith Scott-Clayton said.

“We are thrilled to have Jordan joining the faculty at Teachers College and CCRC,” Scott-Clayton said. “Jordan's expertise in higher education, his experience working with large administrative datasets, and his practical policy perspective are perfectly aligned with CCRC's work. His broader interests in poverty, inequality, and social mobility will also help stimulate new ideas and research directions."

Matsudaira agreed that CCRC is a natural fit for him, particularly because community colleges play such a “big role in promoting mobility.” Not only do community colleges increase access to higher education, but they also provide strong economic gains for the students who learn there, Matsudaira said.

During his time in academia, Matsudaira said he has seen the conversations about college access and success seep out of wonky DC policy circles and into the field more broadly. He attributed some of the new interest to the increased availability of data and mentioned that projects such as the College Scorecard have pushed practitioners to think more critically about opportunities for underserved populations.

“There’s certainly more attention from higher education leaders, I think, to issues of social mobility,” Matsudaira said. “You see a different conversation in higher ed now that’s a little more focused both on issues of access—like how many low-income students different institutions are enrolling—and also on how well they're serving them and actually getting them into a higher earnings bracket when they get out.”

Moving forward, Matsudaira said he expects issues surrounding access and outcomes, online education, and college financing to remain at the forefront of conversations about higher education.