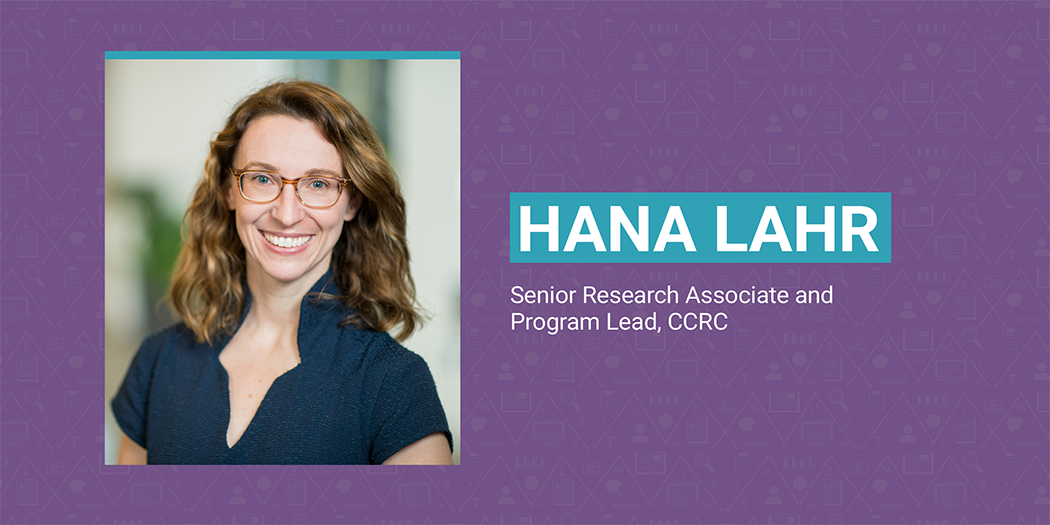 Hana Lahr wasn’t exactly sure what to expect when she began her job in the Office of Student Life at Harrisburg Area Community College (HACC) in Pennsylvania. The University of Florida music performance major had gone to high school nearby and had been teaching french horn, leading a youth choir, running events, and organizing outreach programs at the music preparatory school where she had studied as a teenager. But after a few years of trying to help 5-year-olds hit the right notes, she began a master’s program in counseling and started her career in higher education.

“I had no real prior experience with community colleges, but working there made me realize how important they are,” said Lahr, who is now a senior research associate and program lead at CCRC on the guided pathways team. “I really believed in the mission of community colleges, and it felt like everyone there also really believed in it and really were focused on supporting students.” 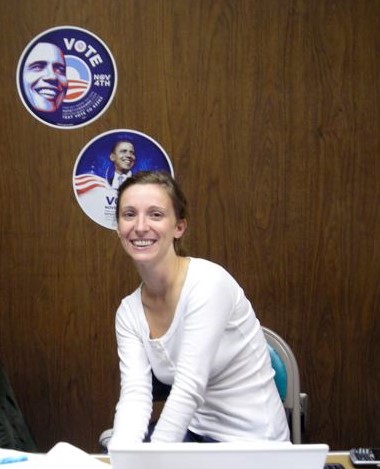 Lahr wore several hats at HACC, running summer orientation programs, working in the office of student life, and advising students while simultaneously working toward a master's in counseling. She finished her degree in 2008, but it did not put her on a linear path to CCRC. She made a pit stop in another mission-driven environment first: then-Senator Barack Obama’s presidential campaign.

Democrats tend to mythologize the 2008 Obama campaign as a team of true believers, underdogs, and genuinely inspired young people who felt reinvigorated and newly patriotic thanks to sweeping overtures of hope and optimism. And for Lahr, it was all those things when she took a front-row seat to history as a member of the campaign’s staff in a familiar place: Harrisburg.

“It felt like a very hopeful and exciting time, even though we were in the midst of this really bad recession,” Lahr said. “It was exciting to be a part of that, of people coming together and working really, really hard for 20 hours a day for months on end to support his election.”

Central Pennsylvania is more conservative than the state’s liberal bookends, Pittsburgh and Philadelphia. But that didn’t deter the Obama campaign from setting up an operation there. One summer day, Lahr walked into the local field office hoping for a yard sign. She didn’t leave until after the November election, by which point she had helped find housing for scores of volunteers who took up temporary residence in the Keystone State to knock on doors for the Democratic nominee. 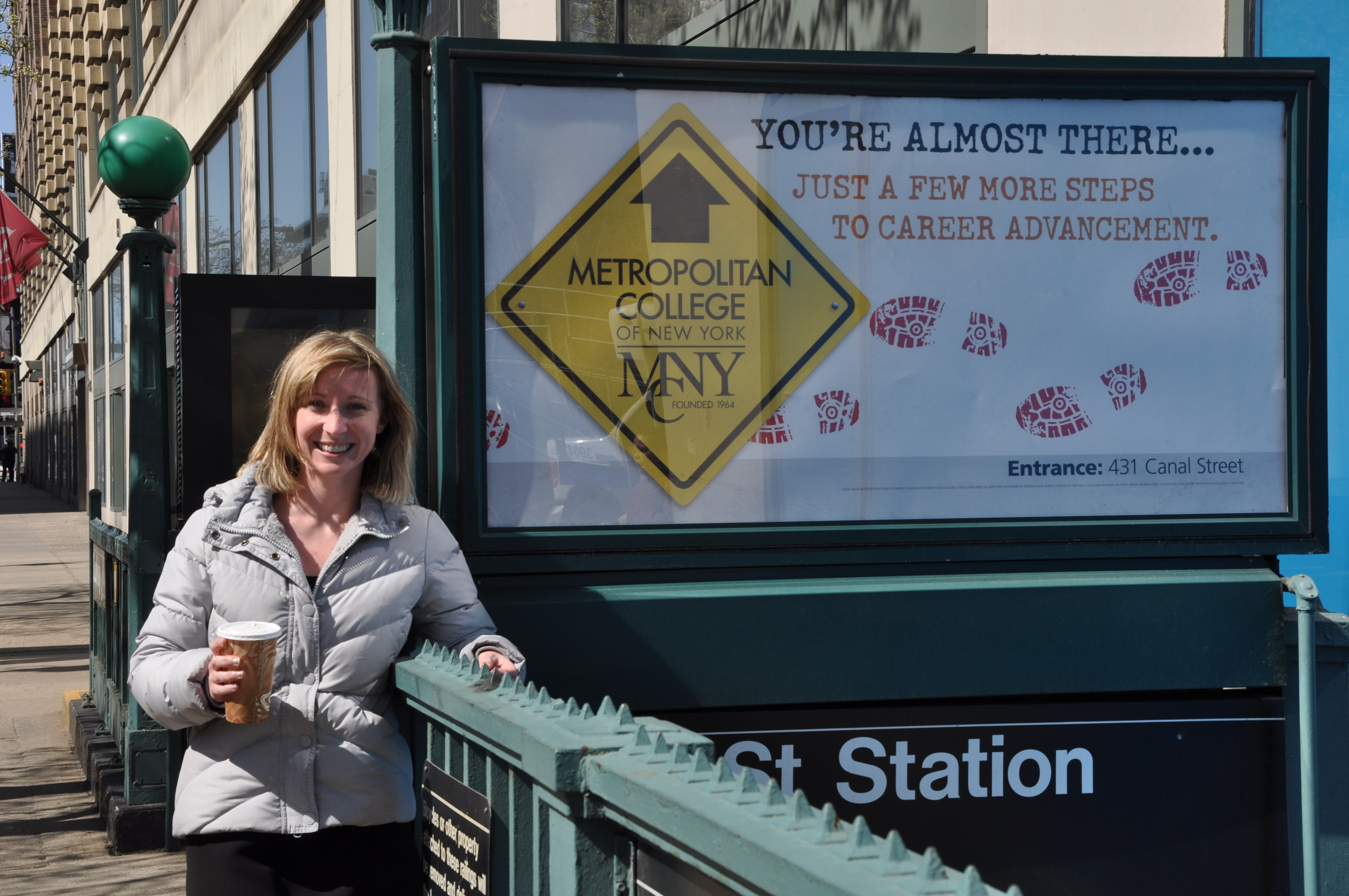 Hana Lahr poses with a subway ad for Metropolitan College of New York, where she was an advisor and coordinator of student life.

Lahr says the energy of the campaign was exhilarating, but she didn’t stay in politics for long. She soon moved to New York City and returned to education, becoming an academic advisor at Metropolitan College of New York, a private, broad access institution in downtown Manhattan. She started at CCRC in 2011 and completed her PhD in education policy at Teachers College in 2018. As a member of the guided pathways team, Lahr has helped lead researchers working to fundamentally redesign how community colleges operate so that more students can reach their goals. She said she is excited about the direction her work is going, the field’s receptiveness to it, and the reciprocal relationships CCRC has cultivated with colleges across the country.

“It feels like it's happening. We're responsive to things that we hear in the field, and we try to be responsive to questions colleges and states have, which really informs the things that we study,” Lahr said. “At the end of the day, we try to take into account what other people are interested in and see how we can support that.”