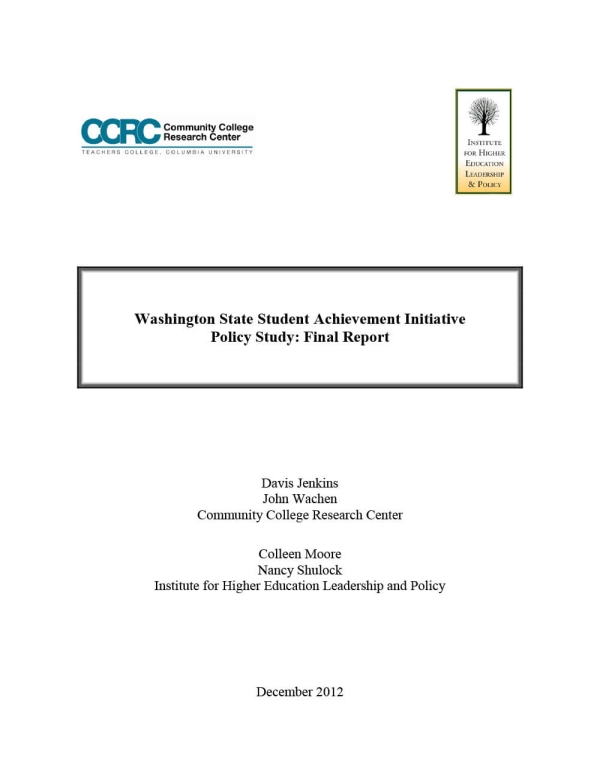 In 2007, the Washington State Board for Community and Technical Colleges launched a performance funding policy called the Student Achievement Initiative (SAI) both to improve public accountability by more accurately describing what students achieve from enrolling in community colleges and to provide incentives to colleges through financial rewards for increasing student success.

Based on a three-year evaluation that included both a quantitative analysis of “achievement point” accumulation by colleges and qualitative fieldwork, this report assesses how and to what extent the SAI model of performance funding has encouraged two-year public colleges in the state to take steps to improve student achievement.

The authors find that the SAI’s intermediate milestone framework is viewed as helpful in focusing collective efforts on student progression and in publicly accounting for college performance. The funding mechanism has proved problematic and unpopular, as SAI funding has come from reallocated base funds rather than as additional funds as originally intended.