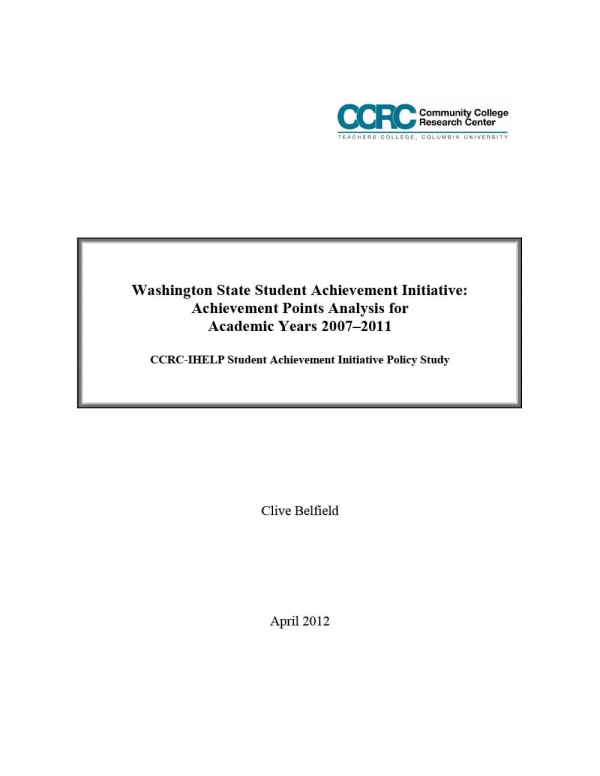 In 2007, the Washington State Board for Community and Technical Colleges launched the Student Achievement Initiative (SAI), a system-wide policy to reward colleges for improvements in student achievement. Under this initiative, the state has awarded funds based on how much colleges have increased student achievement relative to prior performance.

Under the SAI model, points are awarded to colleges whose students have demonstrated progress in the following six areas: performance on assessment of basic skills; advancement across levels of developmental education; accumulation of 15 college credits; accumulation of 30 college credits; completion of math requirements; and completion of a degree, certificate, or apprenticeship. The study examines the performance of Washington’s 34 two-year colleges between 2007 and 2011 and finds some modest evidence that momentum improved since SAI was implemented, primarily among students in college-level courses who were making progress toward completion.

Nevertheless, about half of students do not accumulate any points. The study concludes that colleges may be more likely to improve student momentum if they focus on the gains that can be made among students when they first enter the institution.