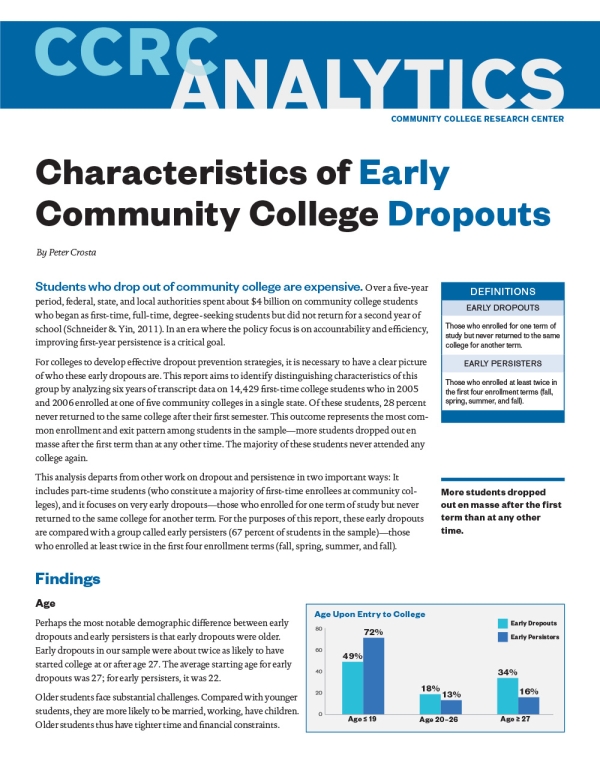 For colleges to develop effective dropout prevention strategies, it is necessary to have a clear picture of who these early dropouts are. This report identifies distinguishing characteristics of this group by analyzing six years of transcript data on 14,429 first-time college students who in 2005 and 2006 enrolled at one of five community colleges in a single state. Of these students, 28 percent never returned to the same college after their first semester, and the majority of these students never attended any college again.