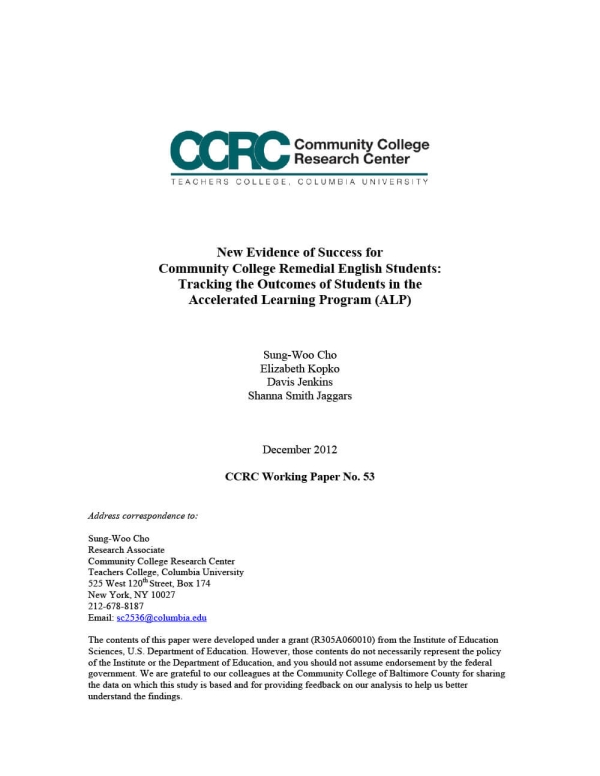 This paper presents the findings from a follow-up quantitative analysis of the Community College of Baltimore County’s Accelerated Learning Program (ALP).

The results suggest that among students who enroll in the highest level developmental writing course, participation in ALP is associated with substantially better outcomes in terms of English 101 completion and English 102 completion (college-level English courses), which corroborates the results of a similar analysis completed in 2010.

Moreover, using a larger number of cohorts and tracking students over a longer period of time, the authors found that ALP students were more likely than non-ALP students to persist to the next year.