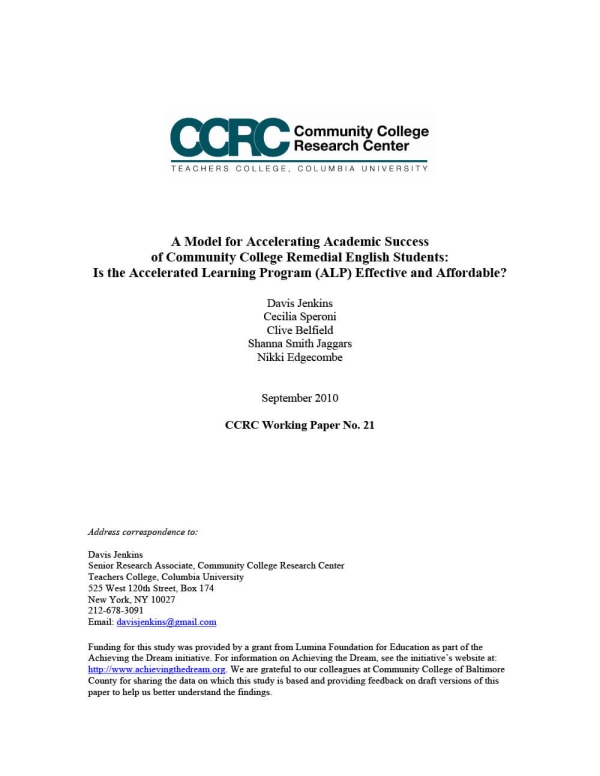 The results also show that, compared with the conventional approach, ALP provides a substantially more cost-effective route for students to pass the ENGL 101 and 102 sequence ($2,680 versus $3,122 per student). The benefits of ALP are more than double the costs of the program.