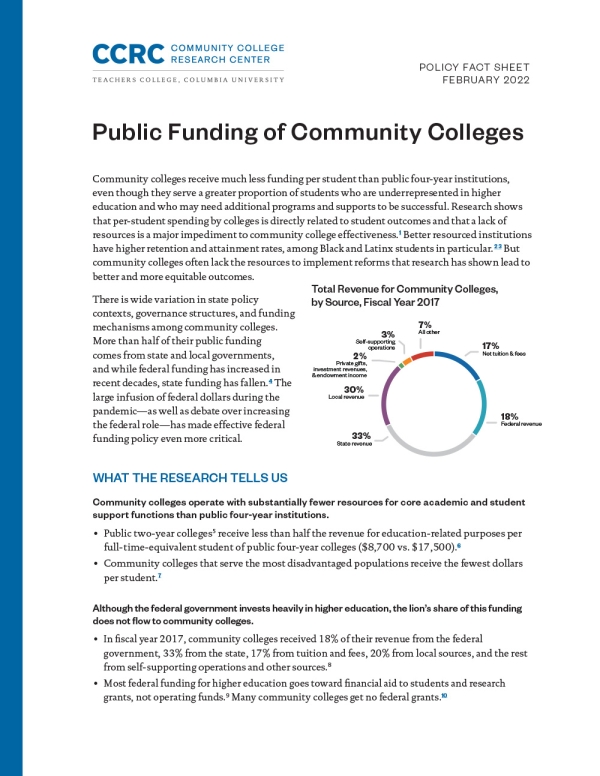 Community colleges receive much less funding per student than public four-year institutions, even though they serve a greater proportion of students who are underrepresented in higher education and who may need additional programs and supports to be successful. Research shows that per-student spending by colleges is directly related to student outcomes and that a lack of resources is a major impediment to community college effectiveness.[1] Better resourced institutions have higher retention and attainment rates, among Black and Latinx students in particular.[2][3] But community colleges often lack the resources to implement reforms that research has shown lead to better and more equitable outcomes.

There is wide variation in state policy contexts, governance structures, and funding mechanisms among community colleges. More than half of their public funding comes from state and local governments, and while federal funding has increased in recent decades, state funding has fallen.[4] The large infusion of federal dollars during the pandemic—as well as debate over increasing the federal role—has made effective federal funding policy even more critical. 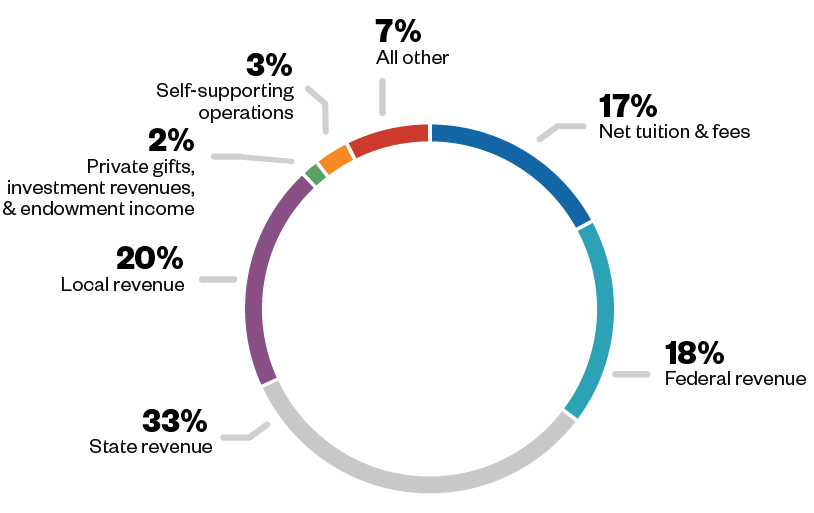 What the Research Tells Us

Although the federal government invests heavily in higher education, the lion’s share of this funding does not flow to community colleges.