The Politics of Performance Funding for Higher Education: Origins, Discontinuations, and Transformations 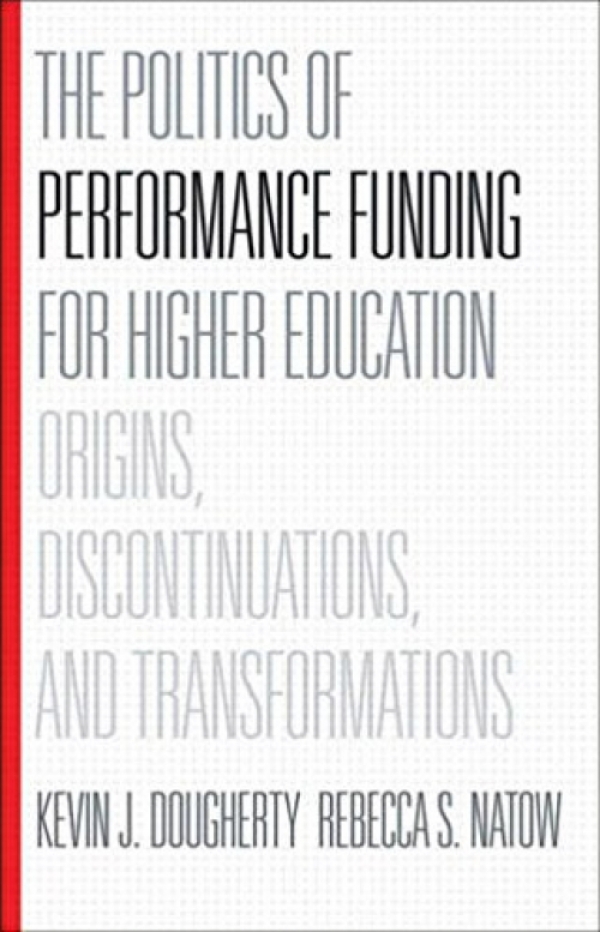 Performance funding ties state support of colleges and universities directly to institutional performance on specific outcomes, including retention, number of credits accrued, graduation, and job placement. The theory is that introducing market-like forces will prod institutions to become more efficient and effective.

In The Politics of Performance Funding for Higher Education, Kevin J. Dougherty and Rebecca S. Natow explore the sometimes puzzling evolution of this mode of funding higher education. Drawing on an eight-state study of performance funding in Florida, Illinois, Indiana, Missouri, Ohio, South Carolina, Tennessee, and Washington, Dougherty and Natow shed light on the social and political factors affecting the origins, evolution, and demise of these programs. Their findings uncover patterns of frequent adoption, discontinuation, and re-adoption.

Of the 36 states that have ever adopted performance funding, two-thirds discontinued it, although many of those later re-adopted it. Even when performance funding programs persist over time, they can undergo considerable changes in both the amount of state funding and in the indicators used to allocate funding. Yet performance funding continues to attract interest from federal and state officials, state policy associations, and major foundations as a way of improving educational outcomes.

The authors explore the various forces, actors, and motives behind the adoption, discontinuation, and transformation of performance funding programs. They compare U.S. programs to international models, and they gauge the likely future of performance funding, given the volatility of the political forces driving it.