Patterns of Community College Use Among Working Adults 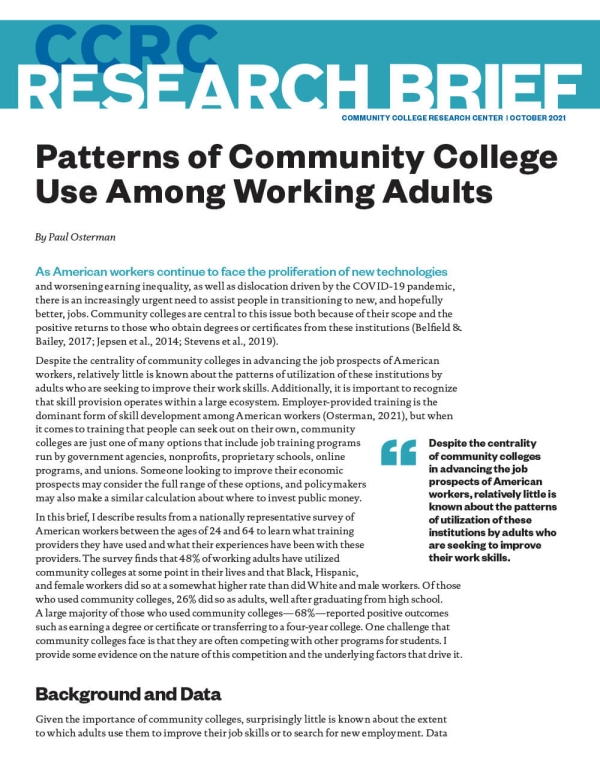 Employer-provided training is the dominant form of skill development among American workers, but when it comes to training that people can seek out on their own, community colleges are just one of many options that include job training programs run by government agencies, nonprofits, proprietary schools, online programs, and unions. This brief describes results from a nationally representative survey of American workers between the ages of 24 and 64 to learn what training providers they have used and what their experiences have been with these providers.

One challenge that community colleges face is that they are often competing with other programs for students. The author provides some evidence on the nature of this competition and the underlying factors that drive it.