Do Differential Grading Standards Across Fields Matter for Major Choice? Evidence From a Policy Change in Florida 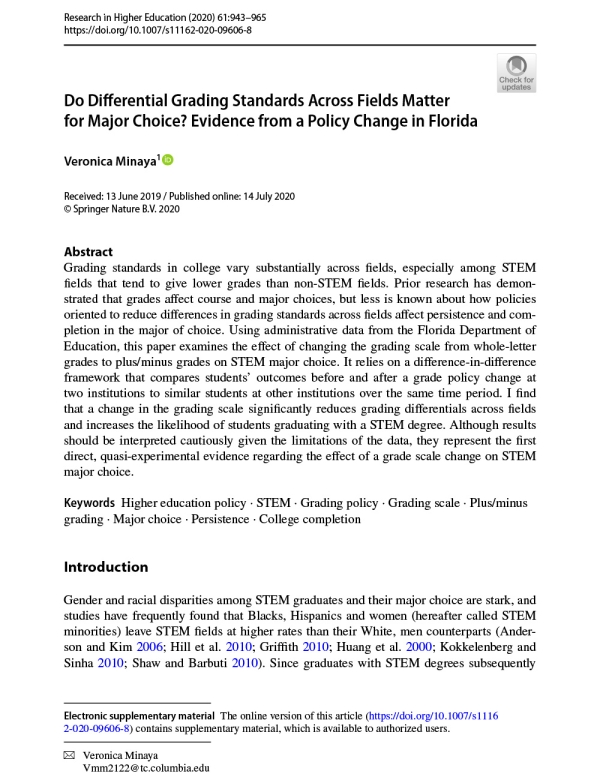 Grading standards in college vary substantially across fields, especially among STEM fields that tend to give lower grades than non-STEM fields. Prior research has demonstrated that grades affect course and major choices, but less is known about how policies oriented to reduce differences in grading standards across fields affect persistence and completion in the major of choice.

Using administrative data from the Florida Department of Education, this paper examines the effect of changing the grading scale from whole-letter grades to plus/minus grades on STEM major choice. It relies on a difference-in-difference framework that compares students’ outcomes before and after a grade policy change at two institutions to similar students at other institutions over the same time period.

A change in the grading scale significantly reduces grading differentials across fields and increases the likelihood of students graduating with a STEM degree. Although results should be interpreted cautiously given the limitations of the data, they represent the first direct, quasi-experimental evidence regarding the effect of a grade scale change on STEM major choice.

This paper appears in Research in Higher Education.

View article (subscription may be required)