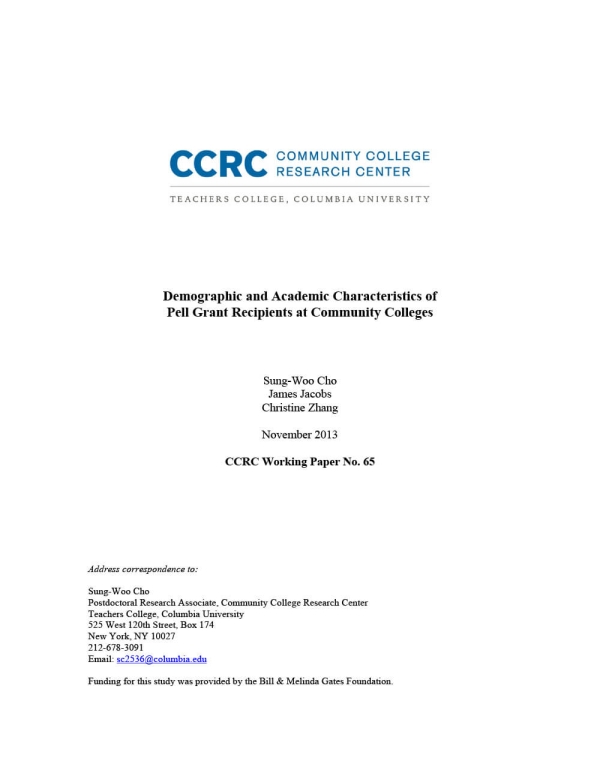 Using data on more than 50,000 community college students who first enrolled during the 2005–06 academic year at one of nine community colleges in three large states, this paper presents demographic and academic characteristics of students who did and did not receive a Pell Grant. The descriptive findings suggest that, despite lower levels of initial college readiness, Pell recipients had a stronger academic focus than non-Pell recipients. Yet while Pell recipients had higher credit completion ratios and were more likely to complete an award, they were also more likely to be enrolled in the same college with more than 30 credits after five years. This suggests that Pell recipients at community colleges may be taking a longer period of time to complete an academic credential than is prudent.