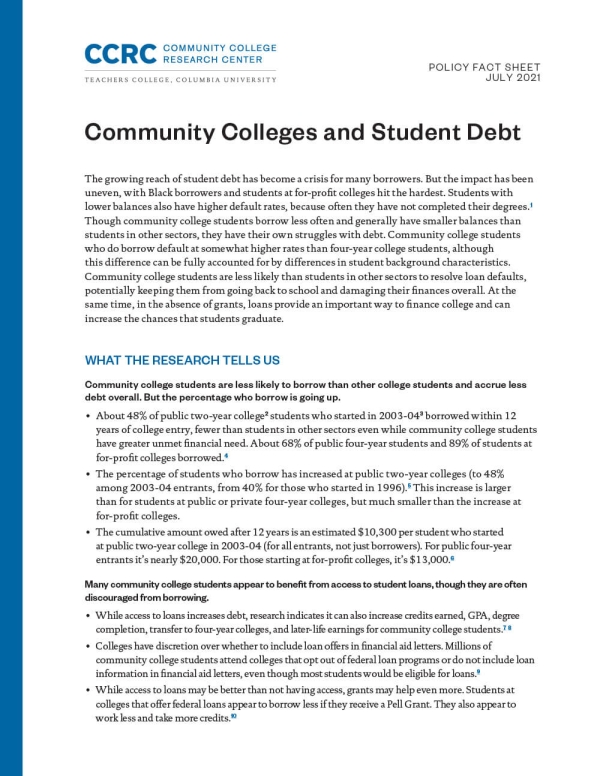 The growing reach of student debt has become a crisis for many borrowers. But the impact has been uneven, with Black borrowers and students at for-profit colleges hit the hardest. Students with lower balances also have higher default rates, because often they have not completed their degrees.[1] Though community college students borrow less often and generally have smaller balances than students in other sectors, they have their own struggles with debt. Community college students who do borrow default at somewhat higher rates than four-year college students, although this difference can be fully accounted for by differences in student background characteristics. Community college students are less likely than students in other sectors to resolve loan defaults, potentially keeping them from going back to school and damaging their finances overall. At the same time, in the absence of grants, loans provide an important way to finance college and can increase the chances that students graduate.

What the Research Tells Us

Many community college students appear to benefit from access to student loans, though they are often discouraged from borrowing.

Borrowing and Default Rates, and Undergraduate Loans for All Public Two-Year College Students Who Started in 2003–04