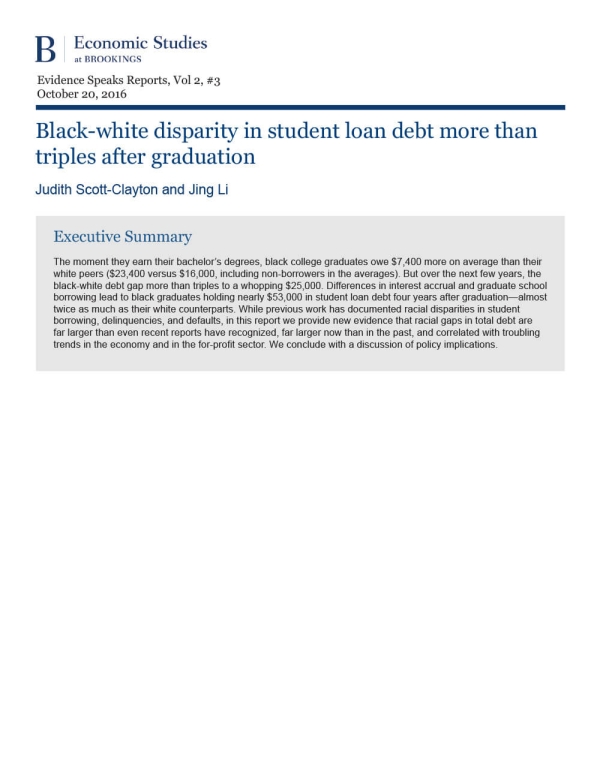 Amidst the general public concern over rising levels of student loan debt, racial disparities have attracted increasing attention. Students of color are more likely to borrow, borrow more, and are more likely to default conditional on borrowing. Student loan delinquencies are also geographically concentrated in Black and Latino communities. These patterns are not fully explained by differences in parental income and wealth, indicating that postsecondary and labor market experiences also contribute to racial disparities in debt outcomes.

In this report, the authors provide new evidence that the problem is even worse than previously understood. Four years after earning a bachelor’s degree, Black graduates have nearly $25,000 more student loan debt than their White peers: $52,726 on average, compared with $28,006 for the typical White bachelor's graduate. This total debt gap is more than triple the previously documented Black–White gap in undergraduate borrowing, which is “only” about $7,400 ($23,400 versus $16,000). Black college graduates are also three times more likely to default on their debt within four years of graduation.