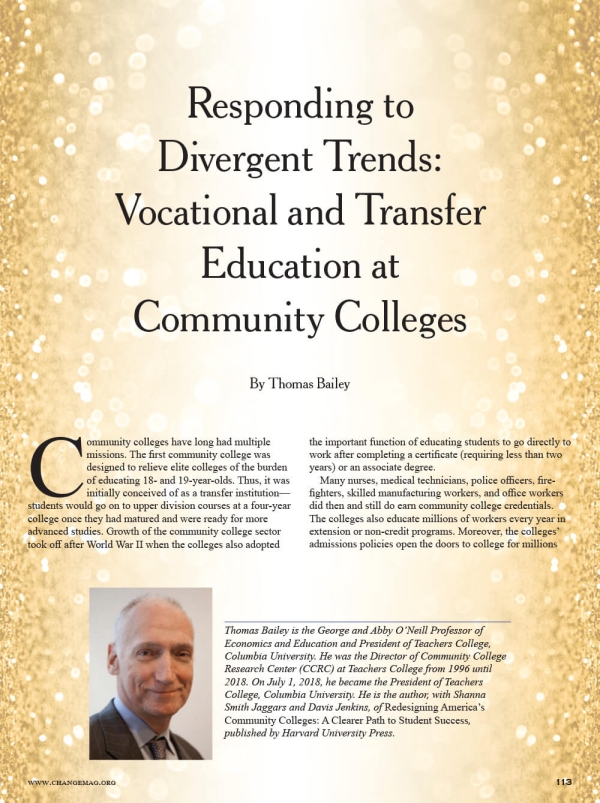 Community colleges have long had multiple missions. The first community college was conceived of as a transfer institution: Students would take upper division courses at a four-year college once they had matured and were ready for more advanced studies. Growth of the community college sector took off after World War II when the colleges adopted the important function of educating students to go directly to work after completing a certificate or an associate degree.

In this article for Change: The Magazine for Higher Learning, CCRC Founding Director and Teachers College President Thomas Bailey outlines the tradeoff between degrees and short-term credentials offered to community college students and describes how the colleges themselves may be able to help resolve this conflict.

View article (subscription may be required)