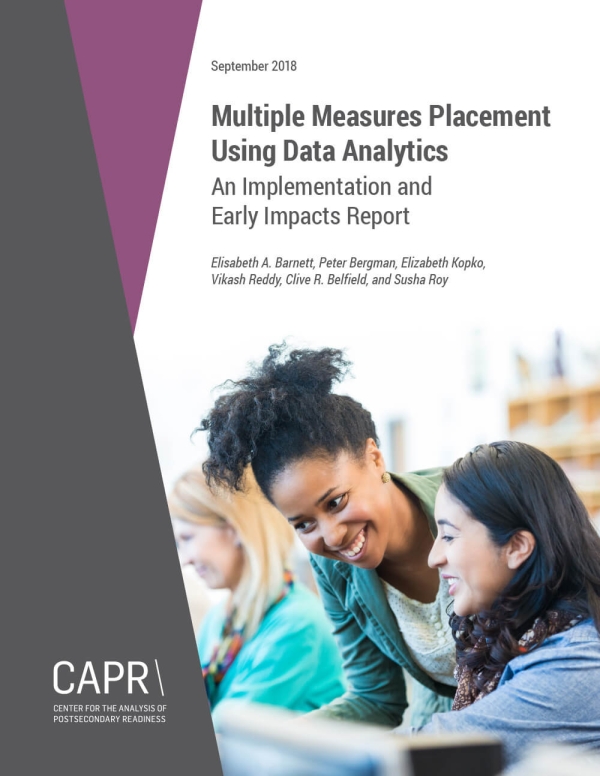 Many incoming college students are referred to remedial programs in math or English based on scores they earn on standardized placement tests. Yet research shows that these tests do not always assess student skills accurately, and colleges that rely on them often assign students to remedial courses who could succeed in college-level courses.

Seven community colleges in the State University of New York (SUNY) system are participating in a random assignment study of a multiple measures placement system based on data analytics to determine whether it yields placement determinations that lead to better student outcomes than a system based on test scores alone. This interim report from the Center for the Analysis of Postsecondary Readiness (CAPR) examines the implementation of the alternative placement system at the colleges and presents results on first-term impacts for a subset of the students in the study. The early findings show that:

The final report, to be released in 2019, will examine a range of student outcomes for three cohorts, including completion of introductory college-level courses, persistence, and the accumulation of college credits over the long term.

Related project(s): Center for the Analysis of Postsecondary Readiness (CAPR)