Major Decision: The Impact of Major Switching on Academic Outcomes in Community Colleges 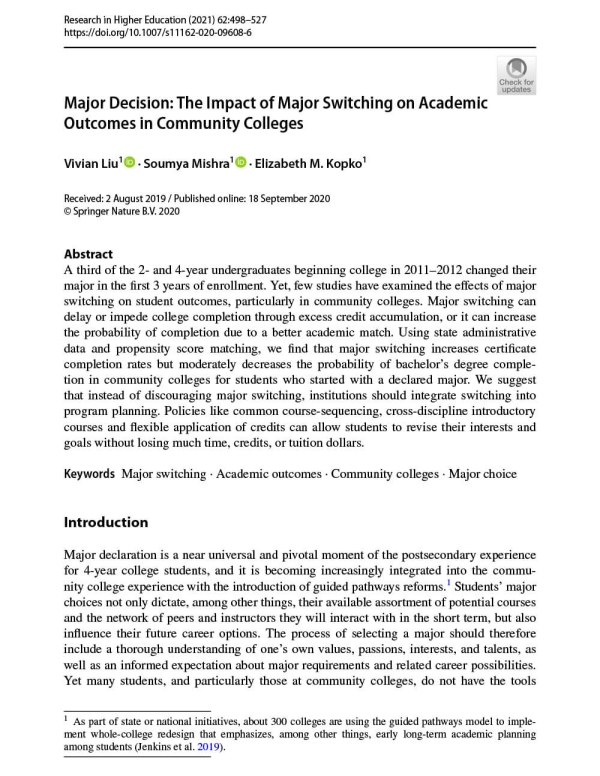 A third of the two- and four-year undergraduates beginning college in 2011–2012 changed their major in the first three years of enrollment. Yet, few studies have examined the effects of major switching on student outcomes, particularly in community colleges. Major switching can delay or impede college completion through excess credit accumulation, or it can increase the probability of completion due to a better academic match.

Using state administrative data and propensity score matching, this study finds that major switching increases certificate completion rates but moderately decreases the probability of bachelor’s degree completion in community colleges for students who started with a declared major. The authors suggest that instead of discouraging major switching, institutions should integrate switching into program planning. Policies like common course-sequencing, cross-discipline introductory courses, and flexible application of credits can allow students to revise their interests and goals without losing much time, credits, or tuition dollars.

This article appears in Research in Higher Education.