The Labor Market Returns to Math Courses in Community College 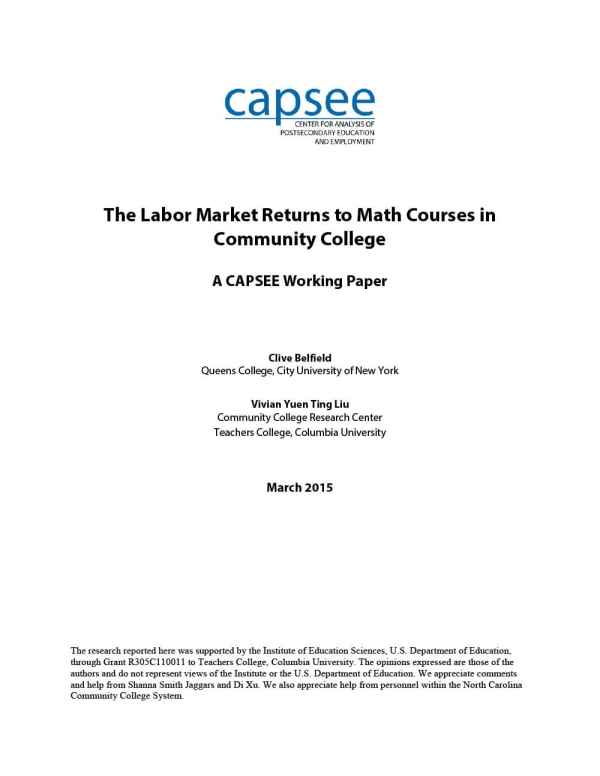 This CAPSEE working paper examines the returns to math courses relative to courses in other subjects for students in community college. Using matched college transcript and earnings data on over 80,000 students entering community college during the 2000s, the authors find that college-level math coursework has an indirect positive effect on award completion that is stronger than that of coursework in other subjects. There is mixed evidence on the direct effect of enhanced math skills on earnings over other college-level skills.

Overall, the combined direct and indirect effect appears to be adverse: Compared with other courses or college pathways, more math coursework in community college is modestly associated with relatively lower earnings in later adulthood. However, this association is sensitive to modeling, and the authors do find heterogeneous results by gender, race/ethnicity, and initial college ability, as well as by math field and level.