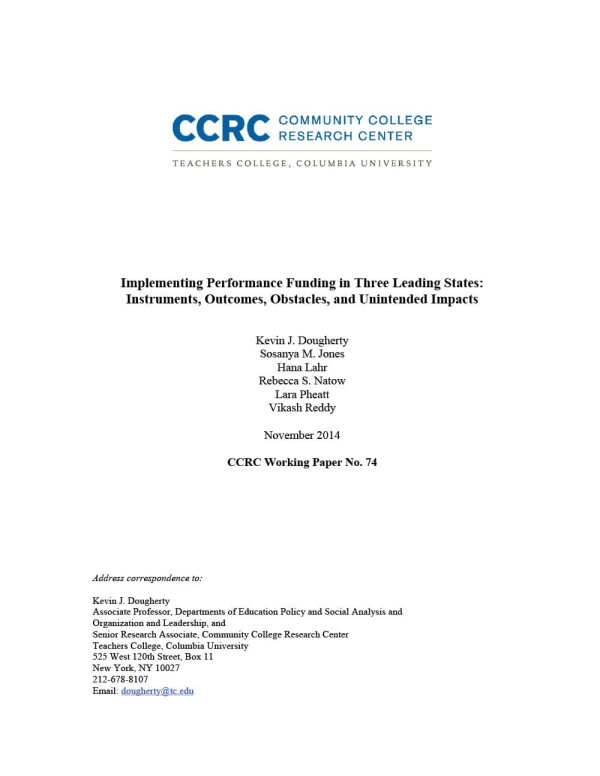 While performance funding spurred institutions to make changes designed to improve student outcomes, it is difficult to gauge the impact of performance funding because it was one of several concurrent initiatives aimed at improving outcomes at the colleges. Interviewees reported several obstacles that hindered institutions’ efforts to respond to performance funding demands, including the composition of their student bodies, inappropriate metrics, and insufficient institutional capacity. Interviewees also frequently reported observed and potential impacts that were not intended by the policy designers, such as restrictions in college admissions and the weakening of academic standards.