The Effect of Job Displacement on College Enrollment: Evidence From Ohio 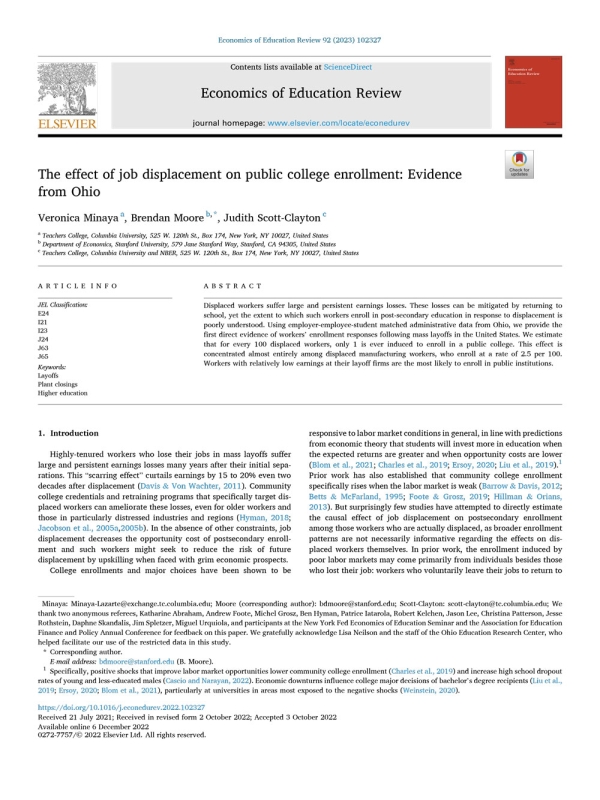 Displaced workers suffer large and persistent earnings losses. These losses can be mitigated by returning to school, yet the extent to which such workers enroll in postsecondary education in response to displacement is poorly understood.

Using employer-employee-student matched administrative data from Ohio, this paper provides the first direct evidence of workers' enrollment responses following mass layoffs in the United States. Close to 10% of these displaced workers enroll in public two- or four-year colleges after displacement, with the typical enrollment persisting for five semesters and 29% completing a degree. However, much of this enrollment may have occurred regardless of displacement.

A version of this paper appears in Economics of Education Review.