The Role of Higher Education in High School Math Reform 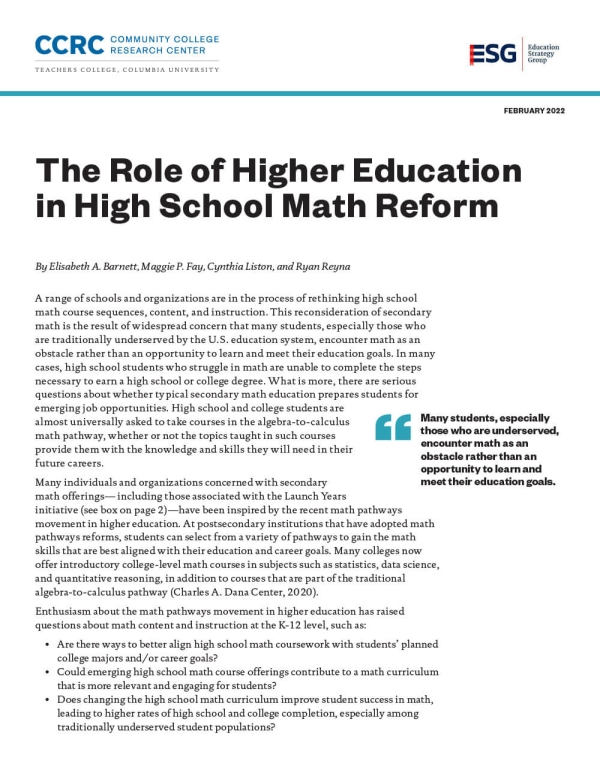 Change in high school math depends a great deal on policies, practices, and norms at the higher education level. To better understand this topic, researchers from the Community College Research Center (CCRC) and the Education Strategy Group (ESG) conducted interviews with representatives from national secondary math education organizations as well as individuals from each of three states—Georgia, Texas, and Washington—who are engaged in efforts to reform high school math. The interviewees are affiliated with Launch Years, an initiative aimed at helping states and school systems change the structure and content of secondary math coursework.

The authors describe several domains of higher education practice that tend to present challenges to high school math reform. They discuss potential solutions to these challenges and consider ways that higher education can facilitate high school reform efforts. The authors then present short case studies of secondary math reform efforts in the three states (all of which have also undertaken math pathways reforms—at least to some extent—at the college level) with a focus on the influence of higher education in effecting change. The report concludes with a brief discussion of an overarching theme central to much of this work: the importance of sustained conversation and collaboration between math educators and administrators from both sectors.